ALBUQUERQUE — A team of paleontologists, including two from the New Mexico Museum of Natural History and Science (NMMNHS), has discovered a new species of horned dinosaur in 74-million-year-old rocks south of Farmington.

NMMNHS curator Dr. Spencer Lucas and research associate Sebastian Dallman, along with Dr. Steven E. Jasinski of Harrisburg University, published an article in the latest issue of Bulletin of the New Mexico Museum of Natural History and Science describing a new genus and species of horned dinosaur from New Mexico.

The team named the dinosaur Bisticeratops froeseorum (pronounced “Biss-tie-SAYR-uh-tops frose-e-or-um”), after the Bisti/De-na-zin desert area where the fossil was collected, and for the Frose family of the music group Tangerine Dream. one of Dalman’s favorite bands.

“Bisticeratops adds to the diversity of the Late Cretaceous horned dinosaurs of New Mexico,” said Dr. Lucas. “This shows that important discoveries and analyzes continue to be made in the state in our efforts to better understand the history of dinosaurs during the last several million years before their extinction.”

Bisticeratops was a horned dinosaur, or ceratops, from the same group as the famous one Triceratops, with an estimated body length of about 18 feet. This plant-eating dinosaur lived in the jungles and swamps near the seashore that submerged what is now northwestern New Mexico 74 million years ago.

The fossil itself includes most of the dinosaur’s skull. The skull of Bisticeratops shows bite marks from a large carnivorous dinosaur, possibly a tyrannosaurus, although it is uncertain whether this was from active predation, while Bisticeratops was alive or due to be cleared after he died.

These creatures appear to be distinct from the horned dinosaurs that lived in present-day Montana and Alberta, indicating some degree of longitudinal variation among ceratopsians. Essentially, this discovery shows that the last few million years of ceratopsian evolution were more complex than previously known. 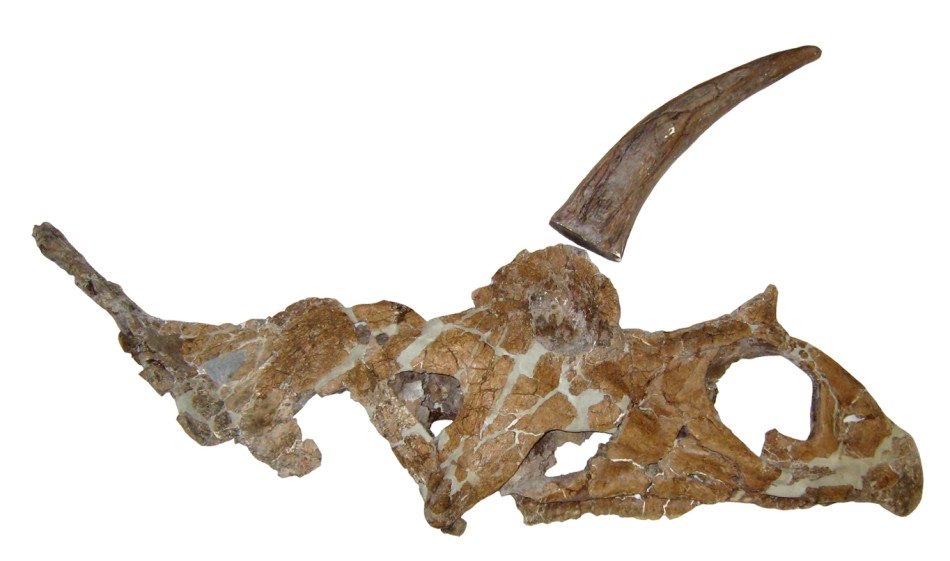 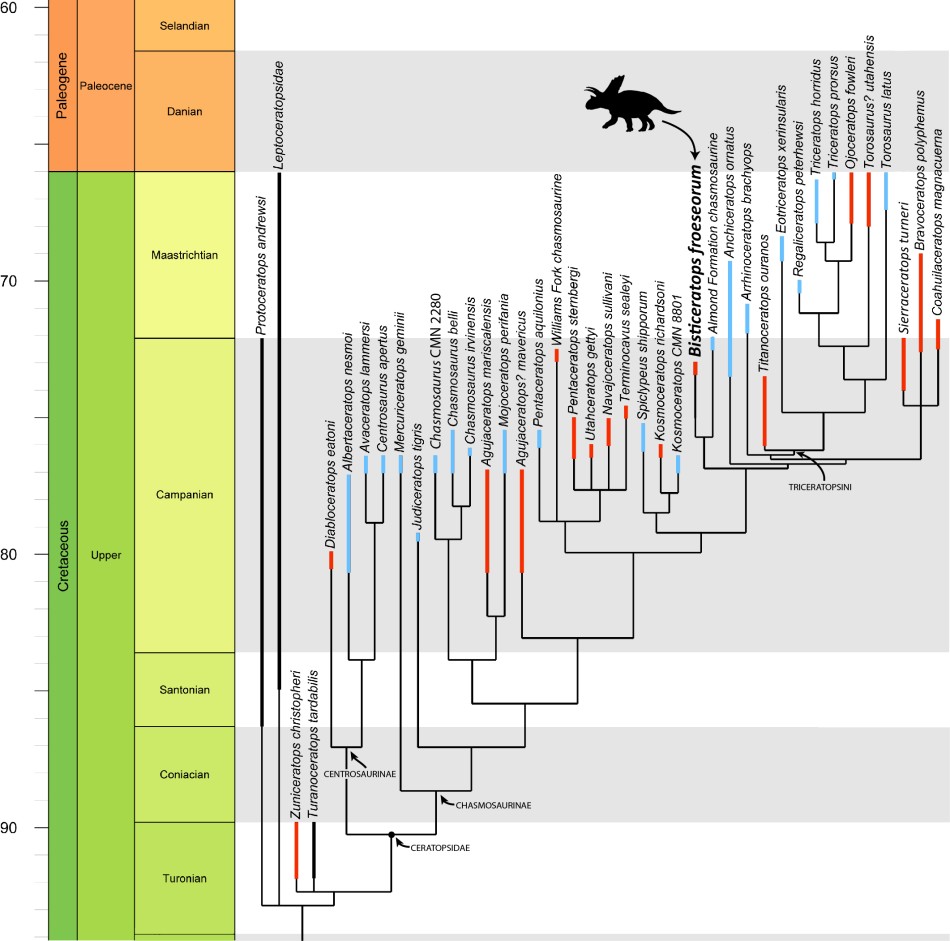 For the New Mexico Museum of Natural History and Science