Beginning next month, Amazon will begin streaming Thursday Night Football games through its Prime Video service. Amazon has gone to great lengths to ensure that graphics render well for the significant amount of customers it expects to view on mobile phones and tablets. Amazon

When Betsy Riley was a production assistant in NBC in 2006, she was part of a team that developed a new graphics package for “Sunday Night Football,” which had just moved to the network.

A decade later, in 2016, Riley was working in a production truck as an associate director when NBC picked up the rights to “Thursday Night Football” and saw the on-screen broadcast of the telecast come to life.

For Riley, the path to creating Amazon’s graphics suite this year was a much different process. 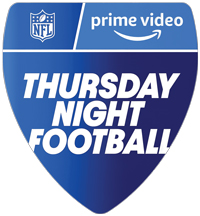 Earlier this year, Amazon picked up the exclusive rights to the NFL’s “Thursday Night Football” for $1 billion a year. Starting next month, Amazon will stream games on Thursday nights through its Prime Video service.

Many users will be watching these games on large screen TVs. But since all games will be streamed, Amazon expects a significant portion of each game’s viewers to watch on much smaller screens, via mobile phones or tablets.

That meant coming up with a graphics package that would look good on big screens while still being functional on small ones.

“Finding that balance between what looks great on the theater screen and what reads really well and clearly on the small screen, that part was different,” Riley said. “We really designed this look with an eye for legibility.”

As Riley’s team went through the design process, they constantly picked up their phones and looked at the graphics, making sure fans would be able to read them on a smaller screen. 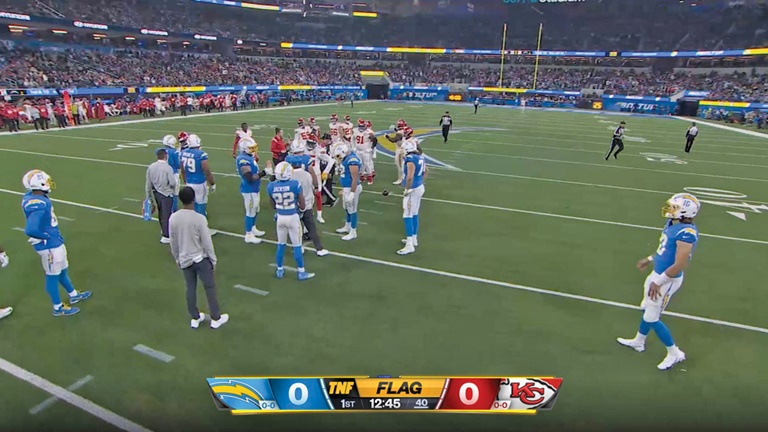 Even with this big difference, the overall approach to creating a new package hasn’t changed since 16 years earlier when NBC developed its Sunday night schedule.

“You really don’t want design to overpower function,” Riley said. “We really wanted the content to trump the clutter or the design work. We really felt that information should be at the fore and any design work will support that.”

Amazon gave Sports Business Journal a first look at the new graphics. In building the graphics package from scratch, Riley made sure to include the Thursday Night Football logo as much as possible. This “TNF” logo uses the Amazon arrow and the nose of a soccer ball to form the lower border of the shield.

“When this shield was built, there was this idea that we really wanted to celebrate football,” Riley said. “In every step of our design, we returned to that part of our identity – the shield. We know that we are yet to introduce the viewer to this identity. We’re going to introduce them to this TNF idea on Prime Video.”

As viewers become more accustomed to streaming games on Prime Video, Riley expects the game’s graphics to depend less on its “TNF” logo.

“We may not lean as hard in three to five years,” she said. “But right now we know we’re creating a brand identity from scratch. We really think the smart, best way to do that is to lean on this shield of rock that we have.”

John Ourand can be reached at [email protected] Follow him on Twitter @Ourand_SBJ and read his weekly newsletter and listen to his weekly podcast.