DETROIT (FOX 2) – The city of Detroit is considering investing more in Shotspotter technology, but while advocates say it will make streets safer, critics are reluctant.

Resident Terrance Pope knows the harsh reality of gun violence all too well, and he’s one of many who support Detroit tackling it with greater investment in Shotspotter.

“What brings us here is to have a discussion,” Burton said.

Detroit Mayor Mike Duggan says it would have been a game changer when a gunman went on the rampage nearly two weeks agorandomly shooting four people and killing three of them.

“If the Detroit Police had a Shotspotter alert at 4:45 Sunday morning — a mile and a half from the 12th Precinct, officers would have been on the scene immediately when the police had the right of way,” Duggan said.

Detroit currently has two Shotspotter units on the east and west sides of the city.

Critics say the money could be better spent.

“If we’re serious about public safety in our community, we need to attack the root causes and do things like keep people in their homes with these millions of dollars,” said Phil Major, senior attorney for the ACLU of Michigan. “(It’s) a more efficient use of money than following cities like Chicago that have spent tens of millions of dollars on Shotspotter technology and their own inspector general concludes that it’s not working.”

But Peter Rhodes, political analyst for Councilor Angela Whitfield Calloway, says Shotspotter in the city’s west side has led to just 21 arrests out of more than 1,300 police searches from March 2021 to July 2022.

“So that’s less than a two percent Shotspotter success rate outside of that precinct,” Rhodes said, adding that’s why Calloway voted no. “That $7 million could be used for other things.”

“It’s a pattern with the city of Detroit,” said Eric Williams of the Detroit Justice Center. “I think it’s because they want to show that they’re doing something and people like technology. But it’s a technology that’s been shown, time and time again, and city after city, to be expensive nonsense.”

Terrance Pope was left paralyzed after being shot seven times 11 years ago.

“Once you invest money in these other things in the city, you can’t live comfortably if the crime rate goes up,” Pope said.

He says Detroit police’s quick response is the only reason he’s alive today — and if more Shotspotter units were deployed across the city, cops could respond better to shootings, solve more cases and save more lives .

“I’ve lost a lot of friends whose murders are still unsolved,” Pope said. “Guys found in empty homes and in empty fields dead because I feel like … the police didn’t come or hear the shots and they had to find the bodies two or three weeks later.”

The City Council’s Public Health and Safety Committee meets Monday and may recommend the full council vote on the Shotspotter expansion Tuesday. 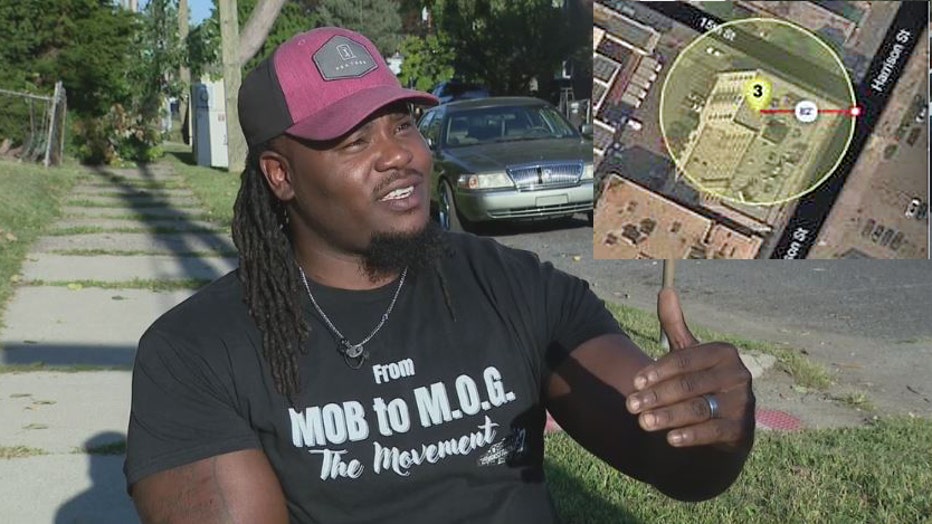