These professionals are an integral part of healthcare, but rarely in the spotlight.

“It’s important to promote our profession every chance we get,” said Marshall, who is president of the Nebraska Athletic Trainers Association (NSATA), an organization with more than 450 members.

A joint project between the University of Nebraska at Kearney and NSATA ensures that this profession receives the recognition it deserves.

Dozens of people gathered Saturday at the UNK Health and Athletic Center for a ribbon-cutting ceremony and dedication of the new NSATA Hall of Fame display, located along the building’s main hallway. Hall of Famers and their families were also introduced during the home volleyball game against Missouri Western State.

“Having a home for the Hall of Fame has been a vision for NSATA for many years. To see it come to life is absolutely amazing,” said Marshall, who works at Columbus Community Hospital and provides athletic training services for Central Community College-Columbus and several local high schools.

The NSATA Hall of Fame inducted its first members in 1997, but there has never been a physical exhibit honoring these individuals. Last year, UNK was selected as the home of the Hall of Fame.

“UNK has supported NSATA and the athletic training profession for many years,” Marshall said. “It just seemed like the right place.”

“We are proud of the long tradition of athletic training education at UNK. Many people across the state working in the profession are UNK graduates,” said Scott Unruh, professor of athletic training, assistant dean in UNK’s College of Education and NSATA member. “It’s exciting for us to be able to host the Hall of Fame and further promote this profession.”

Started in the 1960s, UNK has one of the longest-running athletic training programs in the state. The program was accredited by the Commission on Accreditation of Athletic Training Education in 2002 and was first offered as a major in 2007.

“The profession of athletic training has grown over the years, expanding from universities and high schools to clinics, military and industrial workplaces,” Marshall said. “The NSATA Hall of Famers guided us through licensure and the ever-evolving healthcare industry and ultimately laid the foundation for athletic trainers in the state of Nebraska to best serve their patients.”

The next NSATA Hall of Fame class will be inducted in June 2024. 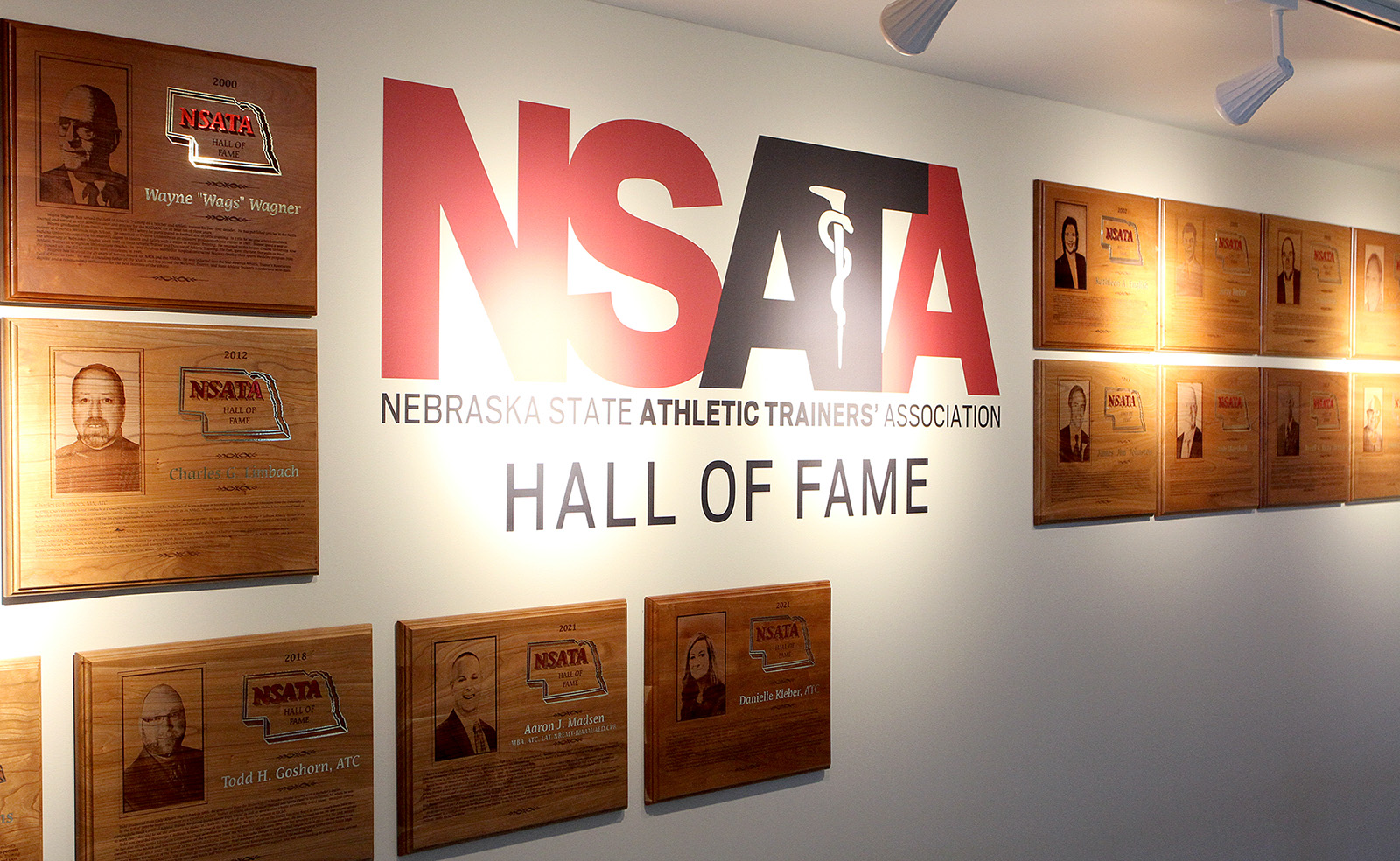