Australian MMA fighters use virtual reality technology to help fight devastating rise in concussions: ‘I want to remember my name when I’m old’

Australian MMA fighters from Wollongong are the first to use new technology using virtual reality to manage concussions.

Head injury management is currently under the spotlight in several major sporting codes – and is now being watched more closely in combat sports.

Amena Hadaya, 24, is preparing to make her professional debut in Mixed Martial Arts (MMA) and has decided to volunteer to be one of the first in her sport to test a new technology that aims to revolutionize management of brain injuries.

Amena Hadaya (pictured), 24, is preparing to make her professional mixed martial arts (MMA) debut and decided to volunteer to be one of the first in her sport to test new technology that aims to revolutionized the management of brain injuries 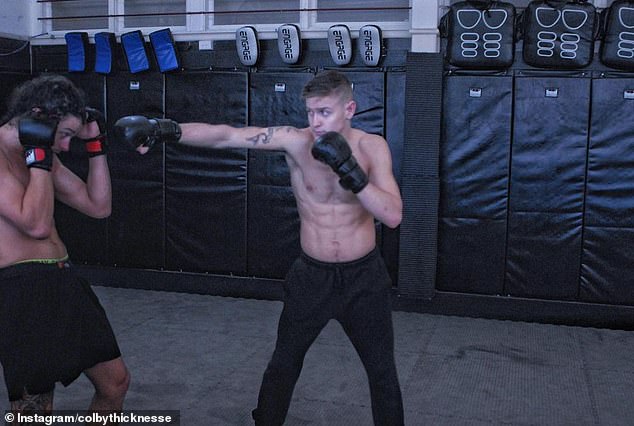 Wollongong rising star Colby Thicknesse (pictured), who has already suffered three concussions this year, is another fighter who decided to volunteer to test the new technology

“Obviously it (MMA) will affect us later when we grow up,” she told ABC.

“My mom says it all the time, she’s a nurse.

“You just have to take the right precautions to avoid it affecting you later and developing chronic diseases.”

NeuroFlex, an Australian-Canadian company, has created a virtual reality headset that tracks eye and head movements to establish a baseline of participants’ brain health.

Users are then tested against this baseline after a head knock to determine when the brain has healed and if it is safe to return to competition.

Wollongong rising star Colby Thicknesse, who has already suffered three concussions this year, is another fighter who has decided to volunteer to test the new technology. 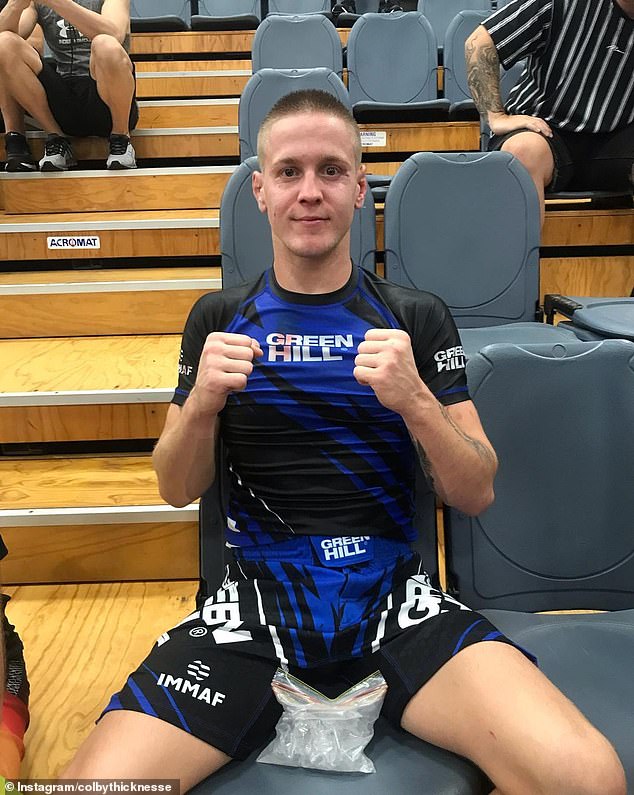 Thickness says you can recover from knee, hip and arm injuries, but you can’t do much for the brain

“I’ve had a few, so I have to make sure I check all the boxes and do everything right so I don’t come back too soon and suffer long-term consequences,” said the 23-year-old, who could one day compete in the UFC.

“You can have knee injuries, hip injuries, arm injuries, anything you can injure, you can usually recover from it, but if you have a bad brain injury, there’s not much you can do about it.”

MMA has boomed in popularity over the past 15 years, and clinical neuropsychologist Jeff Rogers says fighters using the headsets are a great way to deal with head injuries and gather data to protect future athletes.

“We’re just beginning to understand the effects of one concussion, let alone the cumulative effects of four to six of them over a lifetime,” he said. 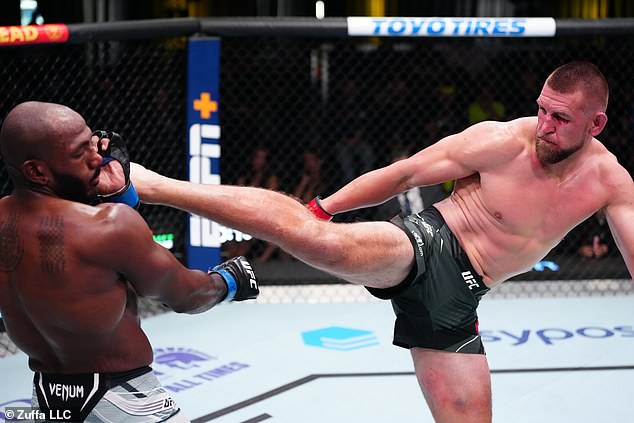 MMA has boomed in popularity over the past 15 years, and clinical neuropsychologist Jeff Rogers says fighters using the headsets are a great way to manage head injuries and gather data to protect future athletes.

‘[We] are really excited to be part of the process of starting to build up really good solid evidence … to start leading some of these professional organizations and professional codes.

Concussed players at this year’s World Cup in Qatar will also use the NeuroFlex headset as part of the most extensive set of protocols FIFA has ever used at a major football tournament.