New details emerging from the police investigation into a gruesome murder-suicide that rocked the city of Beit Shemesh on Saturday suggest the attacker had a history of mental health problems and drug abuse.

Alexander Savenok, 43, allegedly stabbed his 21-year-old daughter Liana to death on Saturday before killing himself. His ex-wife Julia told police on Sunday that he had threatened to harm himself in the past and had been hospitalized for mental health issues.

Yulia said she was on vacation in the north of the country when she received the shocking news of the murder-suicide in her apartment in Beit Shemesh.

Channel 12 News reported that Savenock has a police record for drug abuse. His body has been sent for an autopsy to determine if he was under the influence of drugs when he committed the alleged murder.

Liana, who recently completed her mandatory military service, was out with friends on Friday night, according to the report. She met her father at the apartment on Saturday morning.

Liana Savenok, 21, who was stabbed to death by her father in an alleged murder-suicide in Beit Shemesh on July 23, 2022 (Facebook)

Witnesses reportedly said Savenock was seen wandering the streets of the neighborhood on Friday night after not visiting the area for months. He was said to have been dressed in ragged clothes.

Beit Shemesh Mayor Aliza Block told radio 103FM on Sunday that there was no indication of a threat of violence before the tragedy occurred and that the family was not known to social services.

“I know the family as an ordinary family that has gone through a divorce process,” she said. “I am not aware of any other background for the father and the police have not marked him as a person of interest.”

“There was no one who knew how to prepare for such an incident. The neighbors were also surprised and that makes it so tragic and hard,” she said.

However, according to news site Ynet, Savenock was served with a restraining order and was not even supposed to be in close proximity to either of her children. 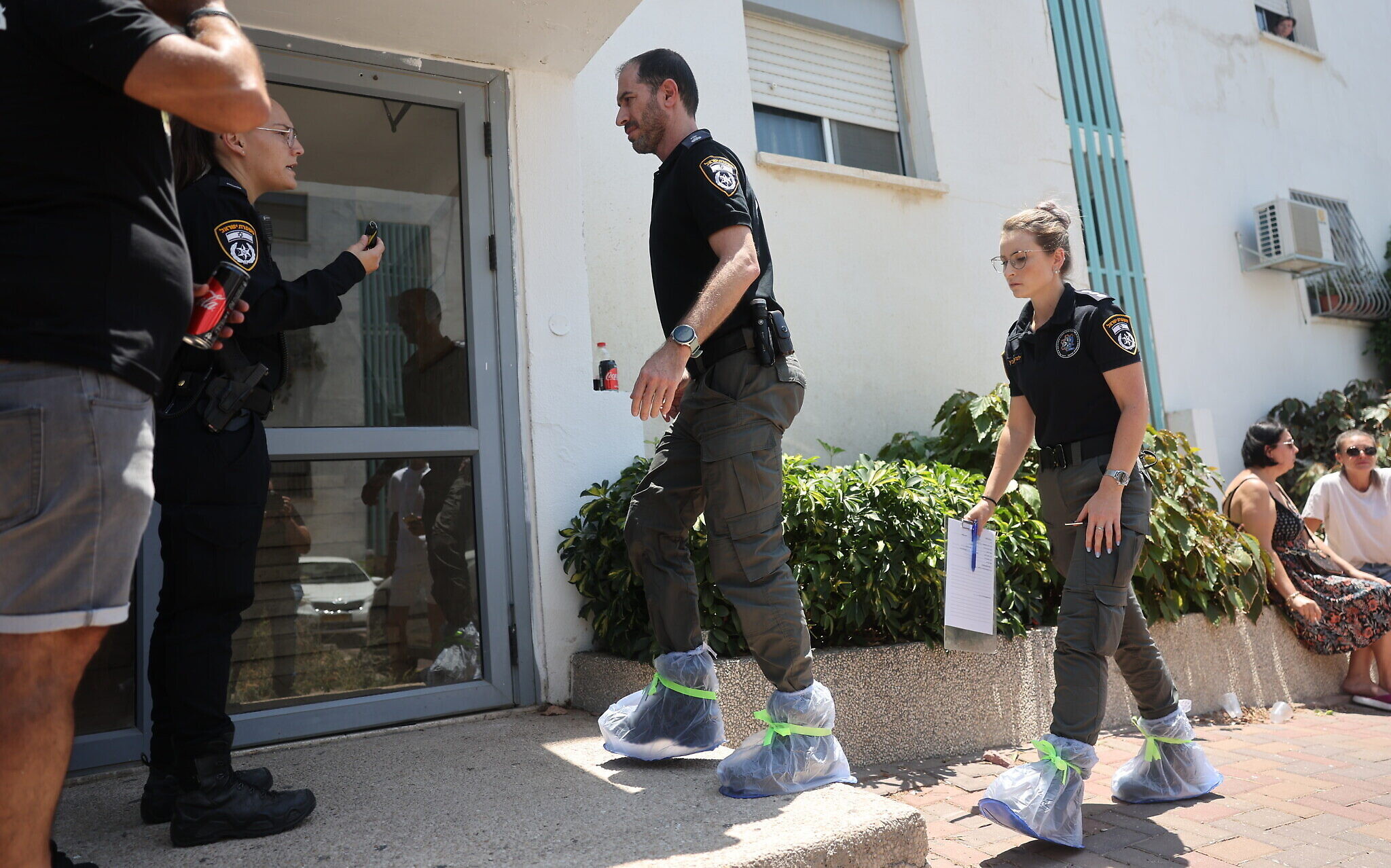 Police enter the building where a father allegedly killed his daughter and then killed himself in Beit Shemesh on July 23, 2022. (Yonathan Sindel/Flash90)

Activists have long complained that not enough is being done to prevent violence against women in Israel, especially in cases known to the authorities.

According to researchers from the Hebrew University-based Israel Observatory on Femicide, June was the deadliest month so far this year for the killing of women.

A study by the center examining the first half of 2022 found a 71 percent increase in female homicides over the same period last year.

The center said in a January report that there were 16 cases of women killed in Israel by a relative or partner in 2021 and 21 cases in 2020.

Israeli cuisine is conquering the world. here it is your chance to join…

The Times of Israel community is excited to introduce our new virtual cooking series, B’Teavonwhere world-renowned chefs show you how to prepare classic and modern Israeli dishes.

Learn more Learn more Already a member? Sign in to stop seeing this

You are a devoted reader

We’re really glad you read x Times of Israel articles in the past month.

That’s why we launched the Times of Israel ten years ago – to provide discerning readers like you with must-see reporting on Israel and the Jewish world.

So now we have a request. Unlike other news outlets, we have not installed a paywall. But because the journalism we do is expensive, we invite readers for whom The Times of Israel has become important to help support our work by joining Times of Israel Community.

Thank you,
David Horowitz, founding editor of The Times of Israel