Brighton defender Mark Cucurella has handed in a transfer request in a bid to push through a move to Manchester City.

Sky Sports News understands the development has not changed Brighton’s stance of holding firm in their valuation of the 24-year-old.

The Seagulls rejected a £30m bid for the full-back from defending Premier League champions City and value the Spaniard at £50m.

Cucurella has enjoyed a hugely successful first season in the Premier League since joining from Getafe in a deal worth around £15m last summer and was named Brighton’s player of the season.

Brighton do not want to let Cucurella leave and they will need a huge offer to sell as he has four years left on his Amex contract. However, the left-back has now insisted on a transfer, asking to be sold.

Manchester City manager Pep Guardiola has declared an interest in signing the left-back but refused to be drawn into the latest news about Cucurella’s future.

“If possible, yes [we want to sign a left-back]Guardiola told a press conference ahead of City’s Community Shield game against Liverpool on Saturday.

“But if not, we stay. Joao [Cancelo] can play there. Josh [Wilson-Esbrand] and Nathan [Ake, too]. I never complain about the lineup I’ve had since season one. What the club can do is benefit the club, not me.”

Asked specifically about Cucurella, Guardiola said: “He’s a Brighton player, I can’t say anything else.”

The City manager also announced that defender Aymeric Laporte will be out until September after undergoing knee surgery.

Potter: Unless the clubs agree, there’s nothing to say 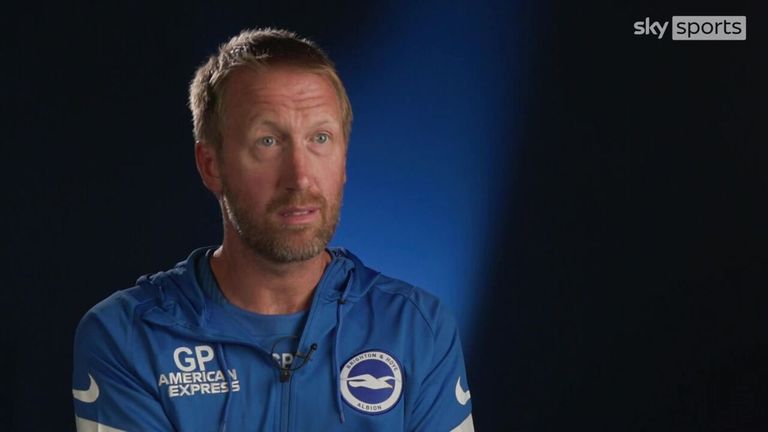 Discussing the transfer rumors of Neal Maupay and Marc Cucurella, Graham Potter says that until the players and clubs agree on transfer terms, it is only speculation.

Brighton manager Graham Potter said Sky Sports News this week that while he respects the idea that players like Cucurella have career ambitions and families to think about, it is not worth talking about moving his left-back until the two clubs have agreed a fee.

“You can talk and respond as much as you want to media offers, but until there’s something the clubs and the player agree on, there’s nothing to say,” Potter said Sky Sports News.

“They are human beings, as long as the window is open, opportunities can happen. This is for all players, you have to respect that they have families, careers, ambitions and things like that.

“At the same time, you know it’s part of the game and something they have to deal with. We just have to focus on the next training session and the next game. That’s all they can do.”

Jamie Carragher says Manchester City have lacked an “outstanding” left-back during Guardiola’s tenure, but that Cucurella will provide strong competition if he moves to the Etihad.

Speaking of Sky Sports Newsthe former Liverpool defender said: “I think Manchester City have always – since Pep has been there actually – have lacked a real outstanding left-back. It’s always been the position where they’ve had sort of different players at different times.

“You’re never quite sure who’s playing there every week, where you know Kyle Walker is playing right-back. [Joao] Cancelo came in there and was as good as anyone but I’m sure Pep would want a left foot in there.

“Zinchenko went to Arsenal, so when you ask ‘is it worth it’, Manchester City usually spend £40-50m on full-backs. They’ve been doing that proverbially since Pep came in and like any transfer and what you pay for – if you play well you think it’s worth it.

“He looks a classy operator when you see him in a Brighton shirt. He plays similar football to Manchester City in possession so I’m sure he will be a good signing.

“That’s something Man City probably need now that Zinchenko has moved on and there’s a bit more competition for Cancelo, who can then provide competition on the other side of Walker.”

Manchester City: away to West Ham live on Sky Sports

Manchester City begin their Premier League title defense away to West Ham on Sunday 7 August, with the match live on Sky Sports.

Manchester’s first derby of the season is at the Etihad on October 1, before City visit title rivals Liverpool on October 15.

The champions’ final game before the winter World Cup break is at home to Brentford on November 12, and when the campaign resumes they face Leeds at Elland Road on Boxing Day.

City have a tough start to 2023 with what look to be tough fixtures against Chelsea and Manchester United on January 2 and 14 respectively.

As the campaign draws to a close, Pep Guardiola’s side face Liverpool at the Etihad on April 1 and then host Chelsea on May 20 before finishing at Brentford on May 28.

Who will be on the move this summer when the transfer window opens June 10 and closes at 11pm on September 1st?

Keep up with all the latest transfer news and rumors on our dedicated Transfer Hub blog Sky Sports’ digital platforms. You can also catch up on the ins and outs Sky Sports News.