Hispanics make up almost a tenth of the city’s population, but gathering all of Cambridge’s Latin American business owners at La Fabrica, the Spanish-Caribbean restaurant and nightclub in Central Square, would be a lonely affair.

Dennis Benzan, who opened La Fabrica in 2017, said he only knows of literally “a handful” of other Latinx-owned businesses in Cambridge.

If visitors find that surprising, Benzan said in an interview last month. he understands why. “When you think of the restaurant industry, a lot of people think of Mexican restaurants,” he said. And in Cambridge, “there may be an abundance of them, but many Mexican restaurants are not owned by Mexicans.”

Businesses that register with the city or state are not required to disclose the race or ethnicity of the owners, and as a result, the city does not have an accurate count of the number of Latinx-owned businesses in Cambridge, said Pardis Safari, director of economic opportunity and development in the Community Development Department. Additionally, there is no Latinx-focused business organization in Cambridge to follow.

In the state, Hispanic and black business owners account for just 3 percent of businesses with employees, even though those demographics make up about a fifth of the state’s population, according to a U.S. Census survey of entrepreneurs published in 2018 and cited by WGBH. The figure is also well below the 9.1 percent of the Hispanic population cited by Cambridge Community Development officials.

Latinx-owned businesses that succeed in opening in Boston average less than $100,000 in annual sales, while the average for all businesses is $644,000, according to a 2017 Boston Foundation report using the most recent data available. (from 2015 and before).

How to improve the numbers 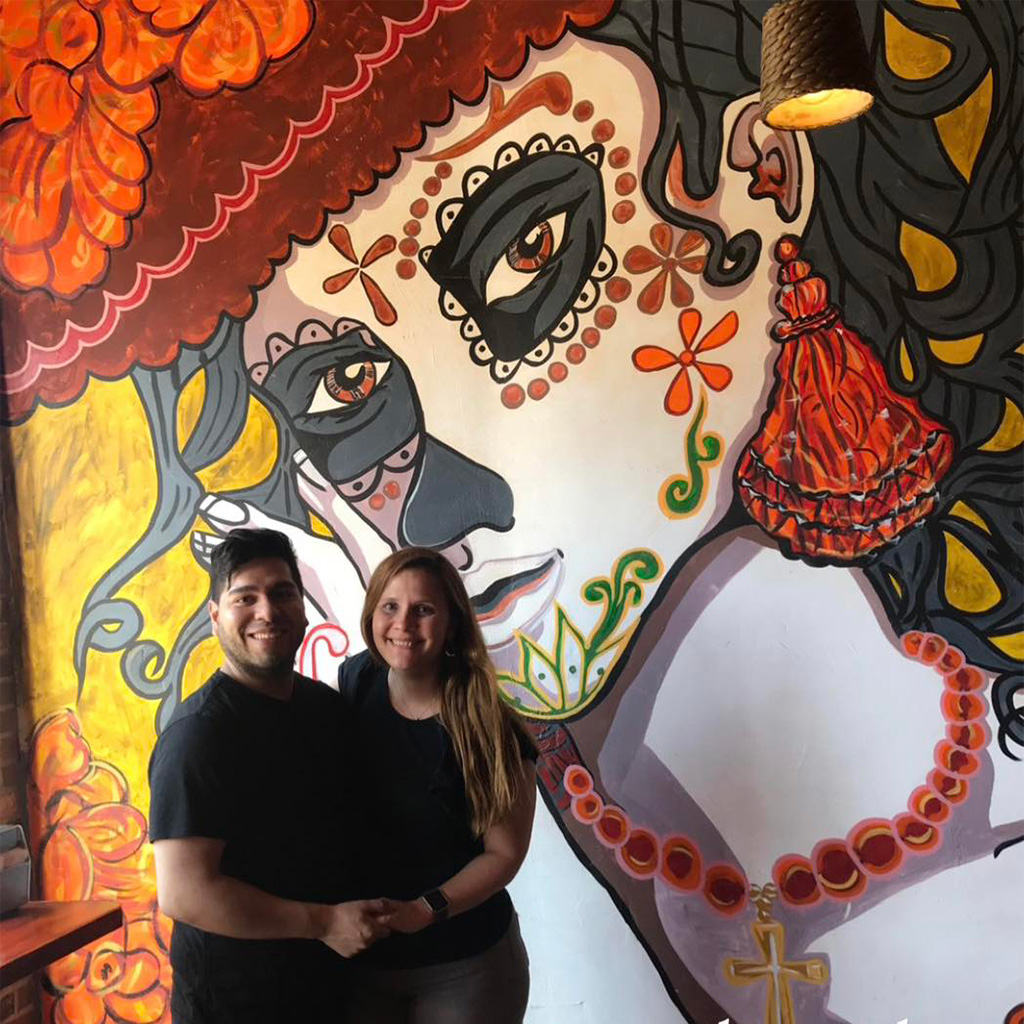 There are ways to improve the Hispanic-owned business numbers by aligning them with the Hispanic population of Cambridge and the state. The advice came from Benzan; Ana Celia Ribeiro, from Cambridge, who ran La Catrina restaurant in Brighton for four and a half years until it closed in early October; and Neri and Tommy Amaya, who opened Amaya Bros. East Cambridge Comics in August 2021

Benzan said he would like to see programs that offer mentorship and even funding to Latin American entrepreneurs. “It’s really important to have some sort of incubator project,” he said. “We need a program that helps young men and women create that vision and make it happen.”

Dealing with language barriers can be helpful. Many recently arrived Latinos don’t have access to English classes, Ribeiro said — and 2020 census data shows 73 percent of Middlesex County speaks only English.

Once in business, Latinx owners should try to uplift others in the community. During her time running La Catrina, Ribeiro said she made it a point to partner with other Latinx-owned businesses in Greater Boston and send money down the supply chain. Benzan does the same, right down to the bottoms of La Fabrica’s mojitos, but he also hires along these lines about 80 employees and a dozen rotating bands—about 70 people—and a dozen DJs.

“If there was ever a small business in Cambridge that employs the highest percentage of people of color, it’s La Fabrica,” and they’re all made above the living wage, he said Saturday.

It can also be valuable to educate uninformed customers about the challenges facing Latino entrepreneurs—perhaps mirroring the work of the past few years that has elevated black-owned businesses. 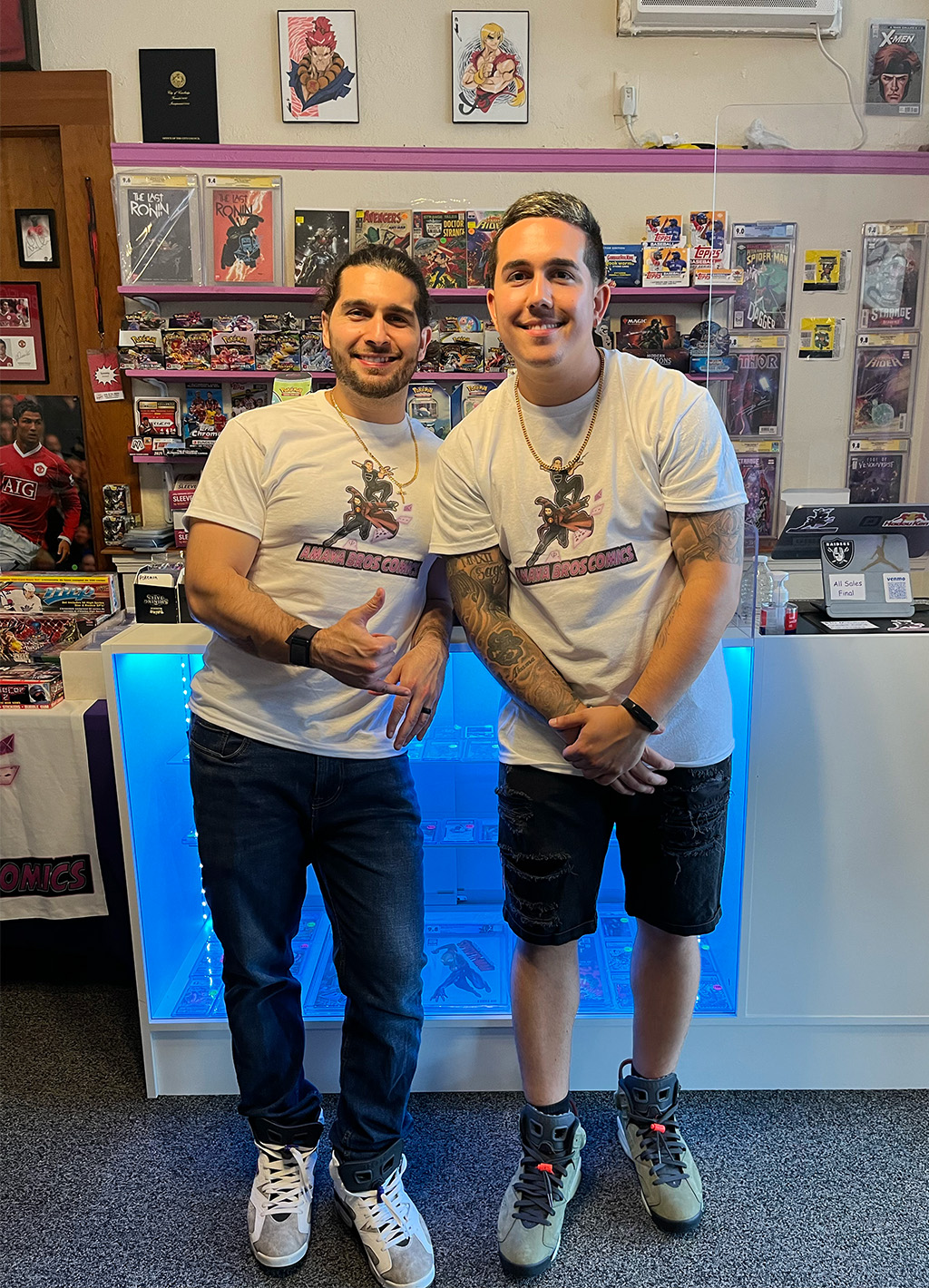 Lowering barriers to entry can also be considered. The Amayas said a supportive lease agreement allowed them to open a storefront because they both work full-time to support themselves while setting up shop in the evenings. The lease gives them 45 days before they have to pay rent. Without that grace period, they would need more capital investment before they are ready for business, they said.

Benzan also believes that if they didn’t have to pay so much upfront, more Latinos would start businesses in Cambridge — perhaps at least back to the level of the 1970s, when there were more Latino-owned bodegas, barbershops and nightclubs like e.g. The Latin Quarters. “Columbia Street alone has Brea Market, Colombia Market and R&R Market. These three bodegas help maintain the Latino spirit of Columbia Street,” Tuft University undergraduates wrote in a 2002 study, Latinos in the Cambridge Economy. (Of the three, Columbia Market remains in business.)

But lower rents for smaller spaces, where a large storefront can be split into multiple smaller businesses, is another useful approach, and one he said he championed as deputy mayor from 2013 to 2015.

“When I was on the City Council, I was a big supporter of micro retail space,” Benzan said. This zoning option is “why we have these small businesses on the first floor in Central, as opposed to these big storefronts that only attract banks.”

Ribeiro is another advocate of these local measures. “The U.S. economy is very much in favor of big corporations,” she said. 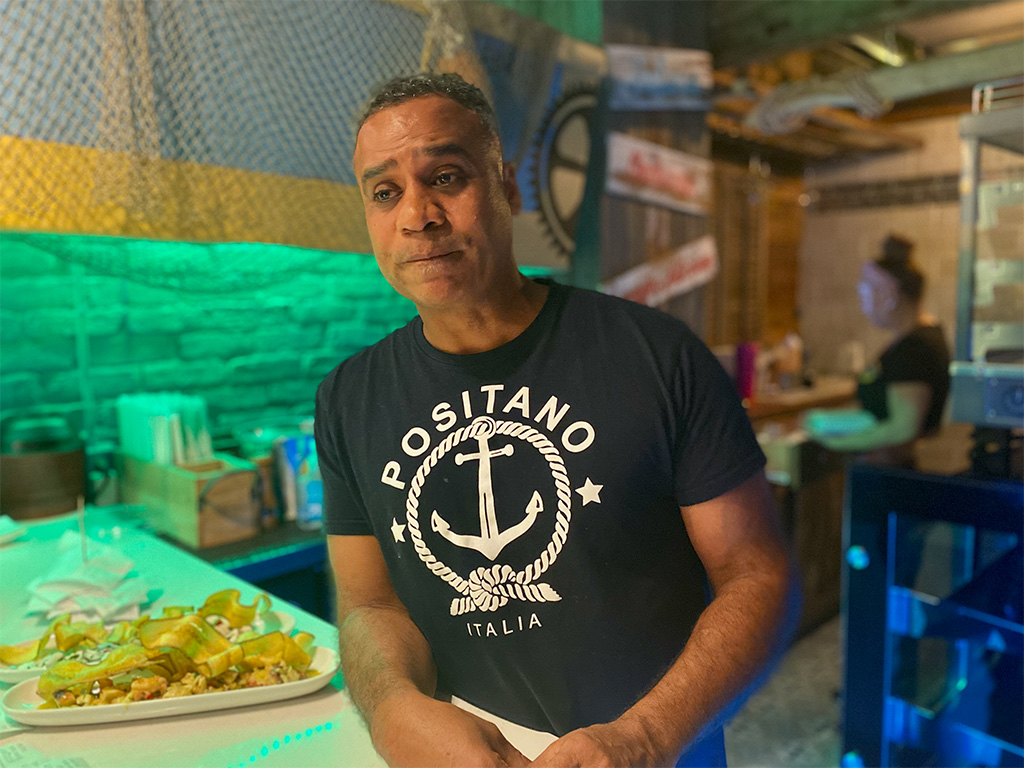 Denis Benzan, seen at La Fabrica on Saturday, would like to see a Latinx-focused business incubator. “We need a program that helps young men and women create,” he says. (Photo: Mark Levy)

Latin American entrepreneurs also need to follow the same basic business principles as anyone else, including identifying a business that meets a need, Benzan and Amaya said.

“La Fabrica was a need. It filled a niche where there aren’t many Caribbean places that aren’t downtown [and] where you will meet people from other parts of the world,” Benzan said. It also happened to reflect the close-knit community culture he felt growing up in the Columbia Terrace housing complex in The Port neighborhood, home to immigrants from Spanish-speaking countries and the Caribbean who came to work in the factories that once dotted Kendall Square. . His business now draws visitors from all over the world, but perhaps 95 percent are people of color and from every Spanish-speaking nation, Benzan said.

“I don’t want this to be seen as just a nightclub. This is where we put the best of our culture on display” in music, drinks and food by celebrity chef Giovanna Huycke, Benzan said.

The Amaya brothers also discovered that their passion met the needs of the community and found a way to be sure: social media. They showcased their comic book and sports card collections online and built up a following that they thought they could turn into a physical merchandise store. “We were 476 followers before we announced the store. Then when we did, it went to a thousand,” Tommy Amaya said. “There’s no place that really mixes sports cards, Pokemon, and comics. Sending cards to get a grade, comics to get a grade – you won’t get that anywhere else.”

This article was written in partnership with Cambridge Local First.