Perhaps the largest collection of Italian art and old-world artifacts in the entire state of South Carolina currently sits outdoors above a field of dust and mud in Mauldin, just a stone’s throw from Interstate 385.

But the curator of this collection isn’t worried about them being lost or stolen.

On the one hand, casual viewers probably won’t realize the significance of what they’re seeing, even if they get up close. Artwork and artifacts sit in wooden crates. Some are packed in a protective pad or plastic wrap. Others are stored in shipping containers whose doors are securely locked. Not to mention that most outdoor artworks are so massive – heavy bowls and pots, giant stone statues and carvings – that one would need construction equipment to move them even an inch.

Fortunately for Phil Hughes, the curator of this collection of artworks, he has an entire construction team at his disposal.

“Cheap is a great goal – I get that – but it’s harder to create something of real beauty, to put the time and effort it takes to bring out that beauty in a project of this size,” Hughes said as his boots kicked up dust. walks around the artifacts.

Behind it rise the still unfinished bell towers and the buildings they make up BridgeWay Stationthe fascinating, master-planned village that has been years in the making.

Hughes, the founder of Hughes Investments, aims to transform the once-vacant space into more than 450,000 square feet of development, including retail, restaurants, office space, multifamily housing, event space, a pool, a market area and more, plus a pedestrian bridge that will span the highway.

Coming in at a price tag of around $150 million for its first phase alone, the project, which is being spearheaded by Hughes Investments along with McMillan Pazdan Smith, Johnston Design Group and Harper General Contractors, is due for completion in early 2023.

But for now, Hughes is more interested in discussing what he calls the project’s “fairy dust.”

“We call it fairy dust because that’s really what it is: a little bit of magic that we sprinkle throughout the project,” he said, referring to the art he plans to include throughout the development.

Everything is collected here, right on the construction site. From lion carvings that date back centuries, to hand-made stonework in the era of Michelangelo and Da Vinci, to roof tiles that date back to 1763 (literally: the date was carved with a fingernail into the terracotta before it dried), fairy dust makes BridgeWay Station a unique feature in the northern part of the state.

But while BridgeWay Station may be unique in its decidedly Old World Italianate aesthetic, its focus on incorporating art is by no means rare. Upstate developers have turned to art as a key way to create a unique identity, a unique brand for their projects.

The Art of Commercial Real Estate: Out with the Old

Take the upcoming Hotel Hartness, a planned four-star boutique hotel featuring 73 suites, a conference center and a ballroom set to open in 2023 on the 444-acre Hartness Township.

The hotel project would already be unique due to the fact that it is growing as an offshoot of Hartness CEO Sean Hartness’s childhood home, an aspect he hopes will create a welcoming, homey feel to the project as a whole. But it’s also unique for the hyper-local focus on the entire design, led by architect Jim Culpepper. This includes decorating the project inside and out with works by local artists, which are curated by the Greenville-based Art Husea business dedicated to connecting artists and art enthusiasts.

“We really didn’t have to go far to find fantastic artists,” Hartness said. “With that in mind, we want to keep this as a dynamic, active, curated collection. We’re not going to put it all up there on the walls and just leave it there. We want it to be a rotating, living experience.”

Both Hughes and Hartness believe developers would do well to keep in mind that guest and visitor expectations have changed. In the 1990s, for example, a hotel’s food and beverage program could be as simple as attaching a Bennigan’s or an Applebee’s to the property, and that would be enough. Today, guests expect a high-quality, unique dining experience — farm-to-table, locally sourced and more.

They also expect a space that is conscious of its art and aesthetics.

In the age of Instagram, when every guest is an avid photographer who wants to share their experiences with the world, the same old cookie-cutter art prints used in every chain hotel just don’t cut it anymore, according to Prime Reality, a full-service ad real estate company serving the Southeast.

“Art enhances the way we live, work and play,” the company said in a statement. “It can improve common areas, office projects and retail developments. Developers use art to brand a property and create an atmosphere that matches the culture.”

Some projects have taken this notion and taken it to the extreme, such as recent discoveries The Grand Bohemian Lodge overlooking Falls Park in downtown Greenville. The hotel lobby is not so much a lobby as it is a museum, with art on display and open to the public year-round. This curated collection of paintings, sculptures and jewelry comes from the Kessler Collection.

“The Grand Bohemian started back in Orlando in 2001, it was our first hotel and it was all about art,” said Mark Kessler, President and COO of Kessler Collection Design and Development. “We have carried this theme all the way to today. My father (Chairman and CEO Richard Kessler) is an avid art collector—our whole family is. So we put our personal art collection in the hotel to make it really special. That’s what sets it apart from everyone else.”

Inside with the old 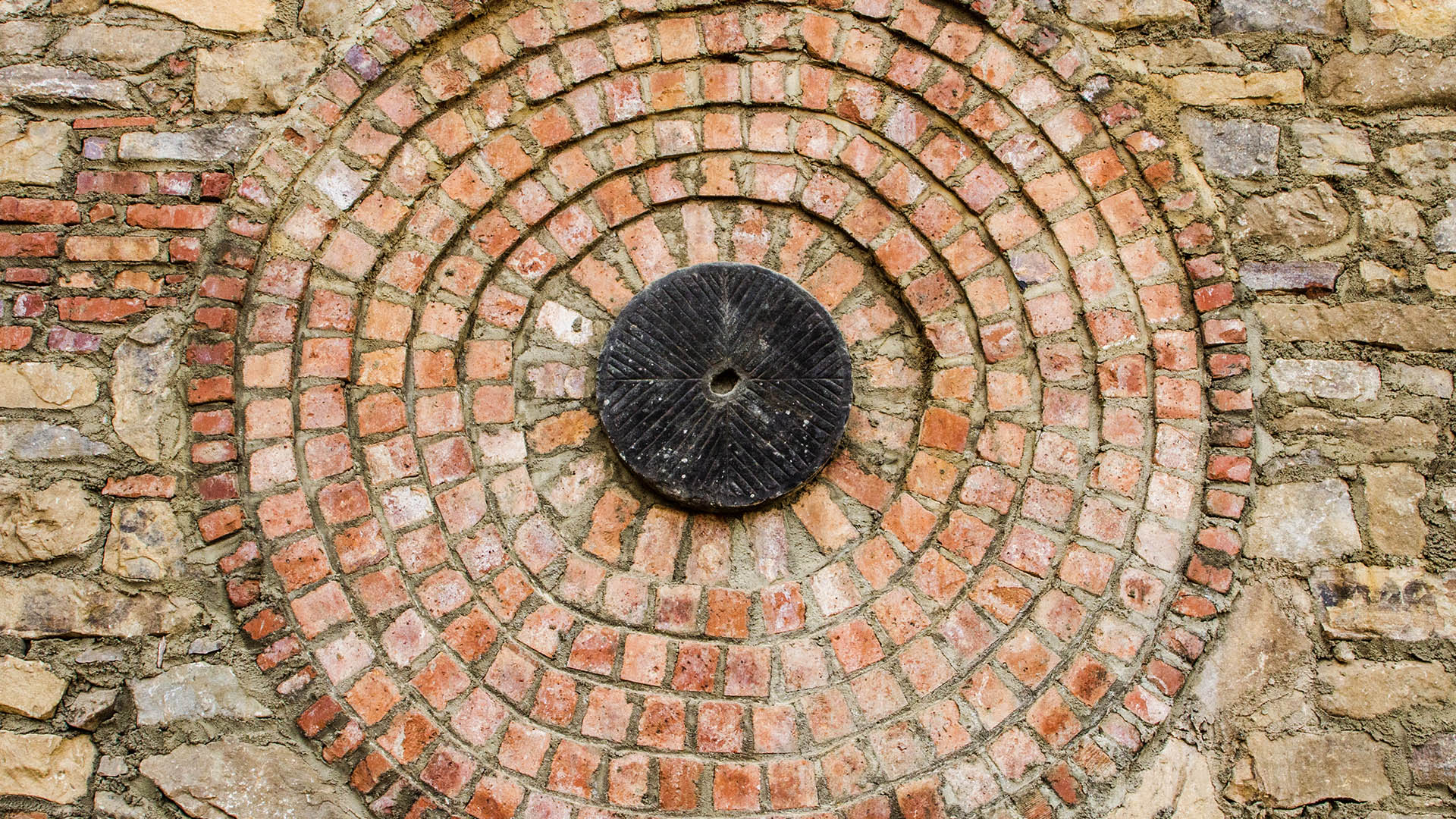 When it comes to Hughes and his “fairy dust” of Italian art, the goal isn’t just to collect artful knick-knacks, such as the ancient olive presses, stone family crests and even old manholes that adorn BridgeWay Station. Instead, he wants to use these artifacts to create a truly immersive experience that can’t be replicated anywhere else.

“Run your fingers along the grooves of this pot here,” he said, pausing to touch his fingertips to an old terracotta pot. “See those little ridges? This is from someone’s fingers that shaped this hundreds of years ago. You can feel what he felt. It’s like touching the past. We can bring it here in this project. To me, that’s magic.”