Two talented photographers from China, husband and wife Qingjun Huang and Liu Yang, arrived in Peoria in March 2022. Finding Peoria a very livable city, they build their artistic connections in the US from here. This fall, their work is featured at the Peoria Art Guild and Contemporary Art Center.
Both artists work in a photographic medium, but in different ways. In “Another Planet,” photograms of dreamscapes on large panels were exhibited at the Peoria Art Guild in September. Liu Yang’s photograms were created in a photographic darkroom, but the images were not captured by a camera. Subjects are placed between photographic paper and lights and then exposed. The details of the shapes soften, deform and cast ghostly shadows created by movement during the exposure. Liu Yang uses transparent photo media on glass and acrylic plates and lets them mix naturally to create patterns. Self-modifying lights and multiple exposures magnify certain colors and contours. Its intensive preparation and large scale can take several days.
Liu focuses on internal images, at times murky and indistinct. Her work is subjective and highlights her fascination with cosmic themes, imagination of the future and concern for the fate of humanity. Guild curator John Heintzman writes, “Her unique approach to process and her ability to explore the unconscious are evident. These experiments with photograms catapulted her into the center of surrealism in photography.” Liu’s intention is to challenge us to feel how small each of us and human civilization really is. It challenges the viewer to think and see beyond the everyday into the possibility of other worlds and experiences. 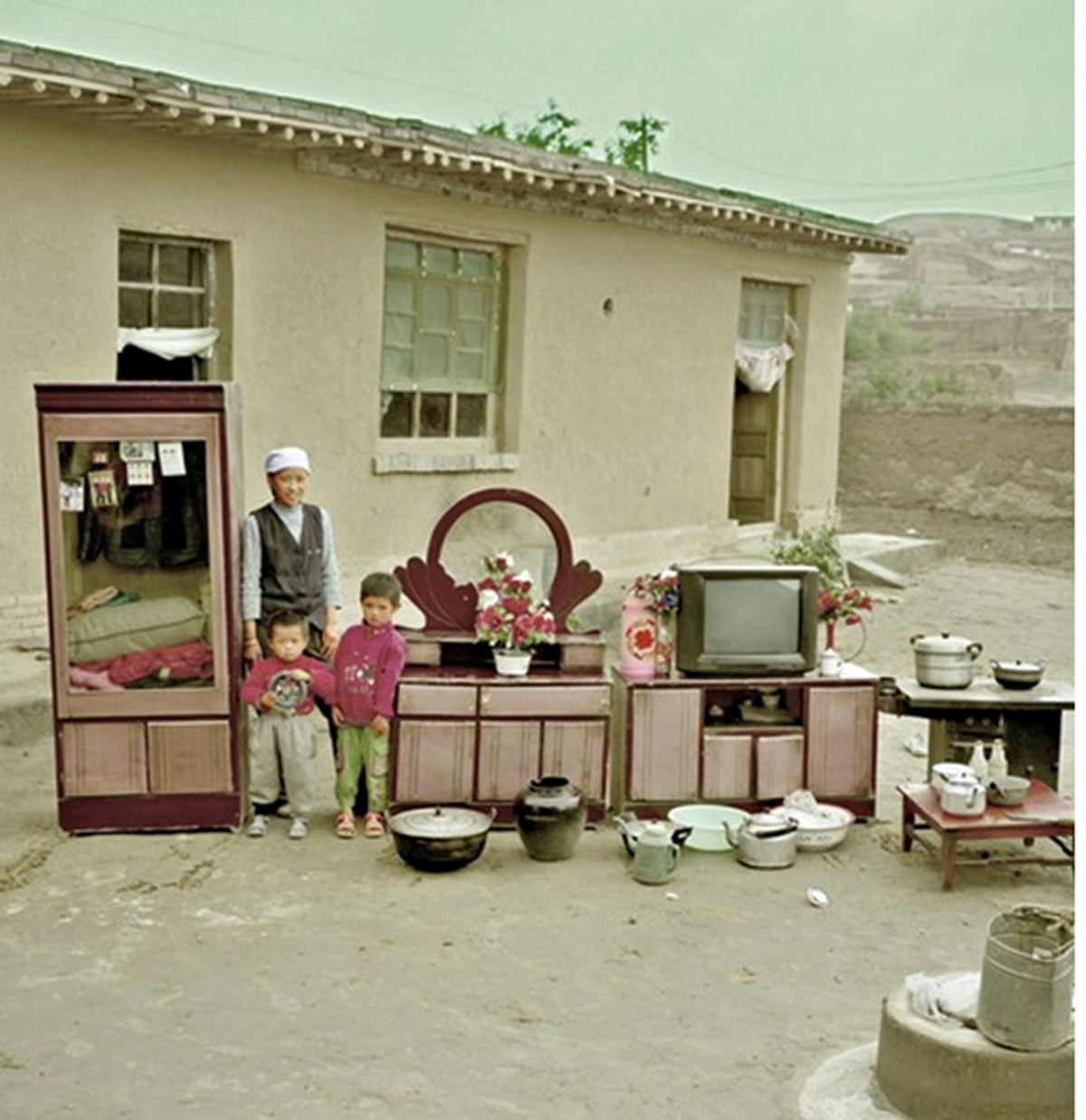 Qingjun Huang works in the field of documentary photography and is no stranger to capturing the intimate personal lives of ordinary Chinese people. In 2003, he undertook the first of several projects recording people’s possessions in China. The entire series of projects — dubbed “Jia Dang” or “Family Stuff” — took him across multiple provinces for nearly two decades. Various projects are focused on online shoppers, homeless people, inheritors and their worldly goods. In the latest part of his project, Mr. Huang turned his lens on the people who make a living from live streaming, including their environment and the elements they use in their shows. 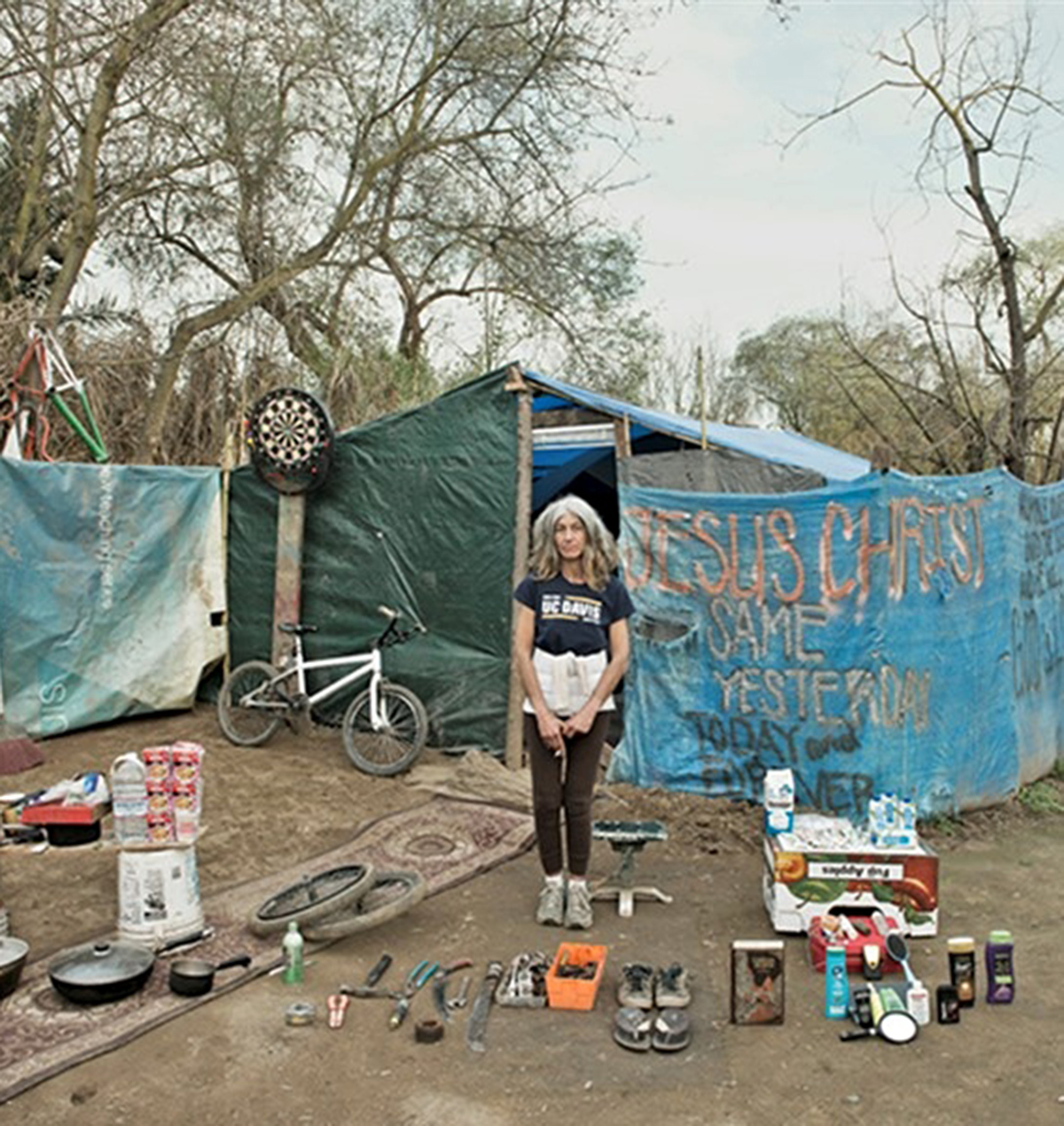 The Center for Contemporary Art’s exhibition Qingjun Huang: Housed/Unhoused further explores the interplay of interior and exterior and the comparison between permanent and more temporary shelter. Qingjun Huang’s work comments on China’s changing middle class, how our people and possessions describe who we are and how we function. Curator William Butler stated: “A selection from both series will be placed side by side in the gallery in a diptych format. All sorts of conclusions can be drawn from this documentation.”
Liu Yang and Qingjun Huang are currently building their studio and each has plans to continue with photography projects. It will be interesting to see how the move to the United States will affect the work of each of these artists.
Qingjun Huang: Occupied/Unaccommodated is on view from November 4th to
Dec. 17 at the Center for Contemporary Art, 305 SW Water St., Peoria, IL 61602.
Go to www.peoriacac.org
or huangqingjun.com or
yangliuphoto.com