Two longtime Noblesville businesses have closed their doors for good as the city of Noblesville prepares to begin a major improvement project along Pleasant Street this fall that officials say will improve the east-west connection.

The project, known as Reimagine Pleasant Street, is estimated to cost $115 million and will be done in three phases, City Engineer Alison Krupski said. The first phase, which will span 1.1 miles west of River Road to 10th Street, includes planned work by Hamilton County for a bridge to be built over the White River, Krupski said.

The public can expect to see construction begin on the first phase — expected to cost $59 million — sometime in October. Krupski said the project has been years in the making.

“The main objective of this project is east-west connectivity,” she said. “The city really needed another crossing over the White River to ease traffic through downtown Noblesville.”

But businesses near the intersection of 10th Street and Pleasant Street, such as El Camino Real, a Mexican restaurant and Dairy Queen, are now closed because the city says it had to acquire the land where the eateries used to be for the project.

Ignacio Rodriguez, who owned El Camino Real at 797 S. 10th St., said he thinks the Pleasant Street project will benefit the community when it’s completed. Rodriguez did not disclose the exact amount of how much he was paid for his property and directed a reporter to legal documents posted on the front door that show the city paid $552,250.

However, Rodriguez said he has had ongoing conversations with city officials about the matter and noted that it is possible he could move in the future. El Camino Real has been open since 1998 before closing at the end of July.

“We have to collaborate,” he said, referring to working with the city.

Rodriguez thanked customers for their years of support, saying they left him with many memories in his business.

“It’s been a pleasure to work in the community,” he said. “We tried to do everything we could to satisfy the customers.”

Still, Rodriguez said the decision to close was a difficult one.

“We’re all going to miss them,” he said. 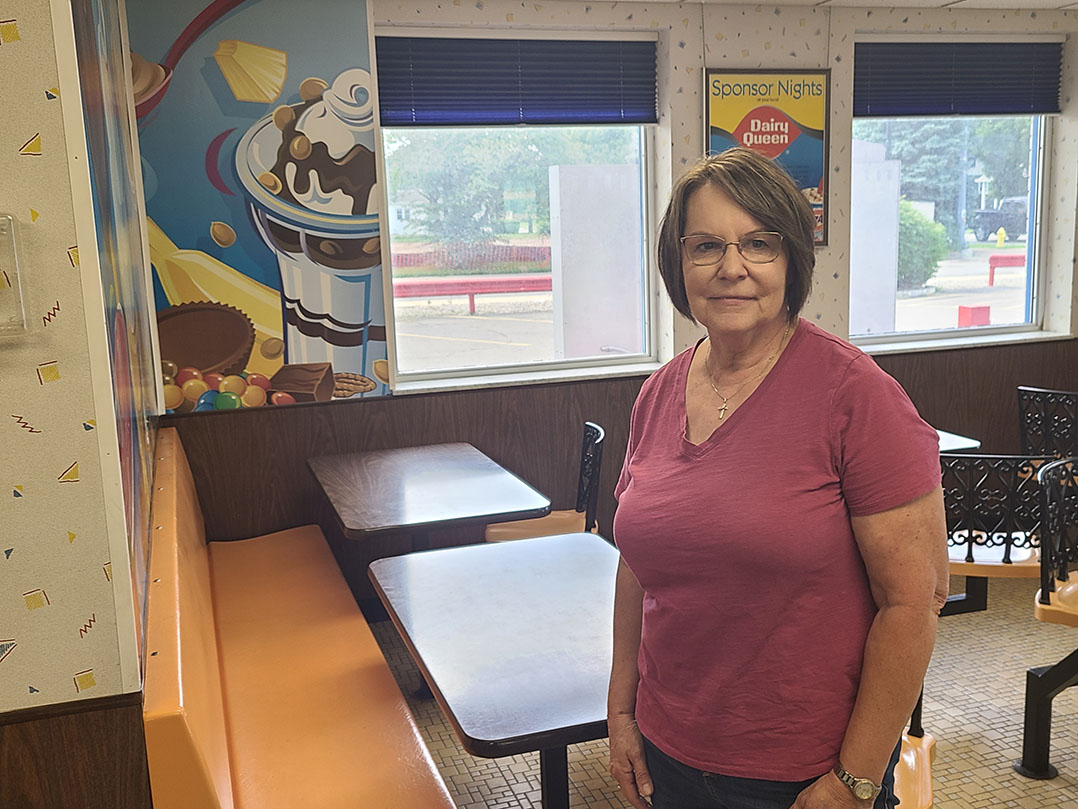 Cathy Zeller, general manager of Dairy Queen, is going out of business. Dairy Queen had been at its current location on South 10th Street in Noblesville since 1975 and closed on August 7. (Photo by Matthew Kent)

Across the street, Dairy Queen was also impacted by the upcoming Pleasant Street project and was a longtime staple in the area. Kathy Zeller, general manager, said the business has been in its current location since 1975 and was previously located diagonally from where the property currently sits.

The longtime business was owned by the Reasner family, which owns several other Dairy Queen franchises in central Indiana, and Zeller confirmed that the city had indeed purchased the property at 798 S. 10th St. She said she did not know the purchase price.

Zeller said he knows Dairy Queen will be affected by the Pleasant Street project, although the timing remains unclear.

“We knew it was coming, but we didn’t know how fast it would be,” Zeller said.

The business, which closed on August 7, had a long line of customers that day as word spread that it was the last day of business.

Zeller, who managed four full-time and five part-time employees, said the business has nowhere to go and will have to build a new facility at some point. Dairy Queen employees who were affected by the closings were offered jobs at other stores owned by the Reasner family, Zeller said.

Still, Zeller said the decision to close is “pretty heartbreaking” because many families enjoy coming to Dairy Queen. Signs have now been removed from the business, which has the message “Thanks for the memories” on one side of the sign outside.

For Zeller, Dairy Queen is a big part of her life, noting that 2022 marks 49 years with the company, but she plans to work at one of several Dairy Queens owned by the Reasners in Elwood, Tipton or Greenfield. Tipton resident Helen Smith, who has worked in the Noblesville area for three years, also said she was disappointed to see the store close.

For more information on the Reimagine Pleasant Street project in Noblesville, visit reimaginepleasantst.com or call 317-773-4614.