Marx wrote a book about it and it is of great interest.

The Road to Nowhere: What Silicon Valley is Getting Wrong About the Future of Transport will be presented at the Benevolent Irish Society, 30 Harvey Rd. in St. John’s, Friday evening, July 15.

The book, he says, exposes the flaws in the tech industry’s vision of the future and suggests a more collective way of organizing transportation systems that takes into account the needs of the poor, marginalized and vulnerable people in society. 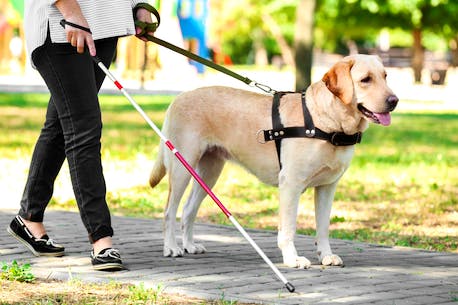 “I think some of the main parts of the book are really meant to get people to think more critically about the way we think about transportation and transportation systems,” said Marks, who is originally from the Burin Peninsula but now lives in Paradise . “First of all, over the last decade we have had a number of promises about how new technologies will improve the transport system. What actually happened is that it made traffic worse, took people off the transit systems and put more cars on the road.

“We have very serious problems with the transport system, including car dependency and how many people have to own a car to get around, and there aren’t many other options for people. And that comes at a really high financial cost to people, especially at a time when the cost of living is high and a lot of people are feeling really tight with their budgets. So the need for alternatives is really important.

“We are also facing a climate crisis and we need to deal with that, and transport is a big contributor to climate change. The answer to just promoting electric vehicles and people switching from internal combustion engines to batteries? Or should we think more fundamentally about making it possible for people not to own a car at all and to be able to get around reliably with alternatives?”

Marks says his interest in technology began when he was young, but writing about it and transportation has evolved over time.

He said he attended Memorial University, traveled to different countries and then earned a master’s degree at McGill University in Montreal.

Marx is also no stranger to writing.

He has been writing freelance since 2015-16 on urban, transport, technology and climate change issues and has been published in national and international media.

He also launched a podcast in 2020 called “Technology Won’t Save Us.”

“The book is based on a lot of my writing over the last six or seven years and the research I did in my master’s degree. It’s like taking these things and reformulating them for a wider audience, not an academic audience,” he said. “So the book draws a lot from history, from people like Peter Norton, who wrote ‘Fighting Traffic: The Dawn of the Automobile Age in the American City,’ and people like Fred Turner, who did a great history of the technology industry in the United States, and Margaret O’Mara, who has written on this topic, as well as much critical work done over the past decade on proposals for the future of transportation by the technology industry.

“I also brought out people like Ursula K. Le Guin, an American science fiction writer, just to offer other perspectives on technology, transportation and society, to try to get people to think differently about the ways in which our society can be constructed, the ways in which we can think about technology.”

The book launch is sponsored by Downtown Comics and Verso Books and will run from 7:30 to 8:30 p.m., during which Marks will read, answer questions and sign books.