Rossjohn was appointed a Fellow of the Royal Society

Jamie Rosjohn, Professor of Biochemistry and Molecular Biology at the Biomedicine Discovery Institute, Monash University, Australia, is one of 60 scientists from around the world who have recently been elected Fellows and Foreign Fellows of the Royal Society.

Rossjohn, a 2022 fellow, studies vertebrate host immunity, disease and response. His lab has used structural biology to understand how T-cell receptors recognize peptides, lipids and metabolites. They have discovered structural mechanisms of a major histocompatibility complex polymorphism that affects viral immunity, drug and food hypersensitivity, and T cell-mediated autoimmunity. Rossjohn pioneered the molecular understanding of how T cells bind lipid-based antigens presented by the CD1 family and provided a structural basis for how vitamin B metabolites can be presented and recognized by the immune system, revealing a new class of antigens.

The Royal Society, founded in 1660, is the oldest continuously existing scientific academy in the world and the work of its fellows and foreign members spans many disciplines. “I am delighted to see so many new Fellows working in areas that are likely to have a transformative impact on our society this century,” Adrian Smith, President of the Royal Society, says a press release, “from new materials and energy technologies to synthetic biology and artificial intelligence.”

The University of Wisconsin-Madison has named Virginia Tech biochemistry professor Glenda Gillaspie the next dean of the UW’s College of Agriculture and Life Sciences, effective Aug. 4. 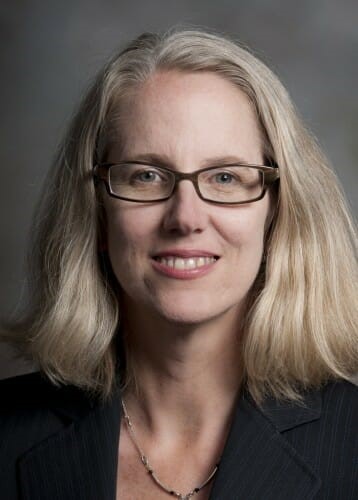 Gillaspie received a BA from Auburn University and a Ph.D. in biochemistry from Case Western Reserve University, and then was a National Science Foundation postdoctoral fellow at the University of California, Berkeley. She became a professor of biochemistry in Virginia Tech’s College of Agriculture and Life Sciences in 1998. After being named chair of the biochemistry department in 2015, the number of graduate students doubled and she developed a mentoring program to attract and retain of new faculty.

In Gillaspy’s lab, her research program focuses on the molecular pathways that plants use to respond to the environment, an area important to developing strategies to increase crop yields and mitigate environmental phosphates. One area of ​​interest is a collaborative project on inositol pyrophosphate signaling molecules that play a critical role in phosphate sensing. Her lab’s outreach programs include a plant stress exercise for local fourth graders and an authentic survey project with thousands of ninth graders at James Madison High School.

Gillaspy is excited to join the UW community, she said in a UW News article, noting that the College of Agriculture and Life Sciences has a unique history and makeup of departments and programs. “These qualities position the college to take a leadership role in solving complex issues facing our society in food, health and sustainability,” she said, “and to provide critical educational programs and experiential learning for our students .”

Thomas Dekker, a member of the editorial boards of the Journal of Biological Chemistry and Molecular & Cellular Biology, has been appointed to the scientific advisory board of Valneva SE, a manufacturer of specialty vaccines, the company announced recently. 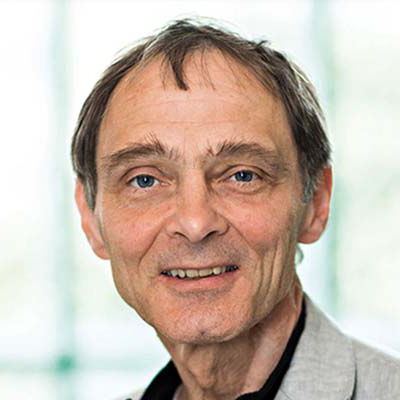 Dekker is Professor of Immunobiology at the Max Perutz Laboratories of the University of Vienna. He earned a Ph.D. at the Albert-Ludwigs University in 1986 and conducted postdoctoral research at the Fraunhofer Institute for Toxicology and the Rockefeller University. After brief stints on the faculties of the Fraunhofer Institute and the Karolinska Institute, he took a position at the University of Vienna in 1993, where he served as Chair of the Department of Microbiology and Genetics from 2001 to 2009 and became a full professor in 2002.

In addition to the JBC and MCP, Decker has served on the editorial boards of the Journal of Clinical Investigation and the Journal of Immunology and as editor of Medical Microbiology and Immunology. Since 2018, he has been the president of the European Society for the Study of Macrophages and Dendritic Cells.

Valneva is a multinational company focused on developing vaccines for infectious diseases with significant unmet medical needs, including Lyme disease, COVID-19 and chikungunya.