The Tasmanian tiger could be reintroduced to the wild within a decade after a US biotech company backed by the Winklevoss twins pledged to recreate the animal almost 90 years after it was declared extinct.

The last thylacine, the official name for the Tasmanian tiger, which was the largest predator on the Australian island, died in a zoo in Hobart in 1936. The wild population of the large carnivorous marsupial was destroyed by farmers and the local government, which imposed a bounty on the animals in the 19th century to protect the sheep.

Unconfirmed sightings of the striped, dog-like creature roaming the Tasmanian wilderness added to its mythical status and raised hopes that the animal had somehow survived.

“It’s like our Loch Ness monster,” said Andrew Pask, a professor and evolutionary biologist at the University of Melbourne who leads the Thylacine Integrated Genetic Restoration Research — or TIGRR — Lab, which has recreated the thylacine genome.

Pask’s lab will collaborate with Colossal Biosciences, which was created out of the work of George Church, a Harvard professor who co-founded the Human Genome Project. The company is already working to recreate a woolly mammoth as part of its ‘stop extinction’ plan.

The Dallas-based company has raised $75 million and is backed by investors including Silicon Valley venture capitalists Cameron and Tyler Winklevoss and Chris Hemsworth, the actor who plays Marvel’s Thor.

Colossal hopes to convert the gene-editing processes it will use for the thylacine and mammoth to commercial use in humans.

Pask said the gene-editing techniques and resources Colossal can bring to the thylacine project will accelerate the recovery of the animal, which was first mooted as a possibility in the 1990s.

“It’s not a question of if, it’s a question of when,” he said, predicting that living animals could be created within the decade.

Ben Lam, co-founder of Colossal, said the thylacine should be easier to recreate than the mammoth because of the higher quality of the genetic samples available and the ease with which the embryo – initially the size of a grain of rice – can be conceived in the lab using surrogate animals and artificial sacs.

“It is very possible that the thylacine predates the mammoth,” he said.

However, the editing process will be more complicated, since the family tree of the thylacine is more complex than that of the mammoth. The canine appearance of the animal is misleading as it is marsupial. Its closest relative is a somewhat mouse-like creature called the fat-tailed dunart, which may turn out to be the unlikely reincarnation of the Tasmanian tiger.

Pask said the technical work to bring back the thylacine would also help prevent other animals from disappearing due to natural disasters, such as wildfires or climate change, in an era when even the koala was listed as endangered. 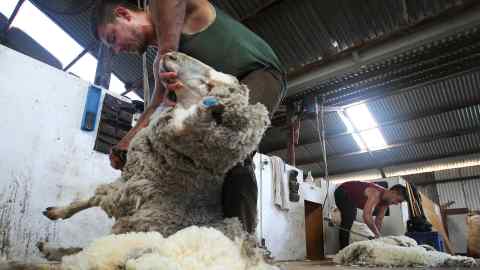 “Biobanking is happening, but we don’t have the technology to regenerate species. This project can provide that. We can recreate 100 koalas or quolls [a carnivorous marsupial] in the lab, he said.

Ewan Ritchie, professor of ecology at Deakin University in Melbourne, said recreating the thylacine would be a “major scientific achievement”.

But he remained skeptical about the challenge of not only recreating an extinct animal, but also re-establishing a functioning population that could be sustained. “If we can’t, then you have to ask why we’re doing this. It becomes a bit like Jurassic ParkRichie said.

He added that the emphasis should be on the protection of animals threatened with extinction. “It’s much cheaper and more efficient to keep them alive than to resurrect populations from the freezer,” he said.

However, the potential reintroduction of thylacines to Tasmania has not been universally welcomed. According to Pask, some sheep farmers have already expressed concern. But he added: “They don’t even eat sheep.”