On Sunday, June 6, 2021, Janet, a young mother, was struck by two drivers and killed as she exited the Columbia City Light Rail station and crossed Martin Luther King Jr Way S. Her sister left a memorial at the intersection of Edmunds and Martin Luther King Way S with a note saying, “My sister Janet was hit by 2 cars on June 6th. One driver hit and run. She was a daughter, aunt and mother. We want justice for our family and her son. Forever loved and missed.” More than a year later, no one has been held accountable for her death and nothing has been done to prevent another such death.

This is the reality of Seattle’s Vision Zero plan. According to a recent presentation to the City Council, 87 serious injury or fatal crashes have occurred on Seattle’s streets in the past six months. As a result of these preventable accidents, twelve people have died and twelve families have been torn apart. These are not random events. People who die and are injured in traffic crashes are disproportionately black, elderly, disabled, and homeless. In part, that’s because people affected by crashes often live, work or play near dangerous roads like Rainier Avenue and Martin Luther King Way in the South End.

That’s why from 2019 to 2021, nearly half of Seattle’s fatal crashes occurred in District 2, which covers most of the area south of I-90 and east of the Duwamish Waterway. In 2021 alone, 56% of fatal crashes occurred here. We know that vehicular deaths are a consequence of infrastructure, but almost nothing has been done in Seattle to tame our most dangerous roads.

Rainier Valley Greenways and Safe Streets (RVGSS) is an organization that, among other projects, aims to eliminate traffic fatalities in Rainier Valley. After Jennett’s death, RVGSS wrote a letter to SDOT and Sound Transit asking them to take steps to prioritize transit riders crossing Martin Luther King Jr. Road. Passengers are forced to wait at long signals that give priority to north-south car traffic, and often cross against the light to avoid watching the train leave without them. This design affects each of the high-quality light rail stops in the South End, namely Columbia City, Othello and Rainier Beach.

The recently announced 20-minute run through Rainier Valley as a result of renovation work on Sound Transit’s Future Ready Link light rail will only exacerbate this problem by dramatically increasing the cost of running a train. By this point, a coalition of Beacon Hill and South End organizations had sent a letter asking Sound Transit to mitigate the long stretches of road already cut in half north of the Stadium station.

But more needs to be done. These traffic deaths are a direct result of building a streetcar at street level to save money, and it’s past time for City and Sound Transit to acknowledge the problem and develop a plan to address it.

On many streets, crossing at a light is not a problem, but Martin Luther King Jr. Road S is not on many streets. Even though it’s marked as a 25 mph street, it’s built like a freeway, and drivers respond to the infrastructure, not the signs. As a result, speeding is widespread, and high speeds dramatically increase the likelihood of a fatal error. A person hit by a car going 35 miles per hour is 300 percent more likely to die than a person hit at 25 miles per hour.

Speeds on Martin Luther King Jr. S need to come down, and we’re asking Seattle to do that through infrastructure change, not policing. The Reimagine Aurora Avenue project serves as a road map for how the city and state can work together to fix a broken street, though even that project moved too slowly to prevent the next death. Projects to repair our broken roads need to be accelerated and the South End deserves these investments too.

The person struck did not survive.https://t.co/6atDJ7fhwr

If you live or work in the South End and would like to join us in the important work of calling on our elected leaders to fix our dangerous roads, please contact us. RVGSS is a member of the Seattle Neighborhood Greenways Coalition and the best way to get involved is to join our email list. 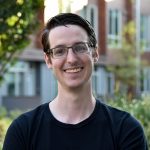 Jason Rock is a machine learning engineer who has lived in Columbia City between Rainier and MLK Way with his wife for over two years. He is an active member and organizer of Rainier Valley Greenways and Safe Streets.