The college’s board of trustees in the National Park assessed the health, safety and security of students on campus at its regular monthly meeting on Wednesday, as the newly formed commission presented a holistic approach to achieving the goal.

Embry noted that NPC’s behavioral intervention specialist and Title IX coordinator, Susan Millard, will also play an important role and a special full-time nurse’s salary has been approved – which the college is currently actively recruiting.

“The health, safety and security of our students and staff are obviously a very serious issue,” NPC President John Hogan said at the meeting. “We remain committed to providing a safe environment for learning and living. This is essential to our mission of student success. We will work to continually improve the way we provide services to our students. ”

The risk management team “means we all play a role and clarify what those roles are to keep our faculty, staff and students safe,” he said.

“We have many policies and procedures, but we will strive to see each of them as a continuous, continuous process … They are good now, but we can always be better,” he said.

He said the team had already begun work, although they were not official until July 1, and noted that they had “branched out” to Garland County under Sheriff Jason Lawrence and Hot Springs Police Chief Chris Chapmond.

“We’ve had a relationship with them before and we’ve had training sessions with them before,” he said. “They helped us make assessments and just a few great guys to work with. And as (Embry) said, we’ll have a full-time nurse, if you know someone who wants to give up a floor, walk into the office and slow down. That would be a good opportunity for them. “

“Some of the specific things we have already identified include the need to set up crisis response teams on campus, as well as strengthening our current building master program,” she said. “And we also provide a variety of on-campus training for everyone.”

“Finally, we want to create messages to educate specific groups of students, faculty and staff on what to do in an emergency so that everyone feels prepared and then can move on to a plan, if not they remember, ”she said.

Millard, a licensed clinical social worker, said the mental health stigma has dropped significantly in the last 10 years since she was in college, and she feels good about the school’s existing mental health program.

“It has evolved in the sense that the stigma of mental health services has been significantly reduced. One of the things I love about working at National Park College is that we don’t work in isolation. But it’s great that we can talk about mental health and depression and anxiety and not feel like we’re calling someone, you know, crazy or dangerous, or whatever.

Millard also spoke about the mental health crisis in response to the COVID-19 pandemic, noting that it was a “real thing” and she was grateful for her internship last year.

Board Chairman Forrest Spicer said the steps the NPC is taking to prioritize health, safety and security on campus are an investment in the student experience and help improve the quality of life on campus and throughout the community.

National Park College Health and Safety Program Manager Jessica Ellis discusses ways to improve the health and safety of students on campus during Wednesday’s monthly board meeting. – Photo by Lance Porter from The Sentinel-Record 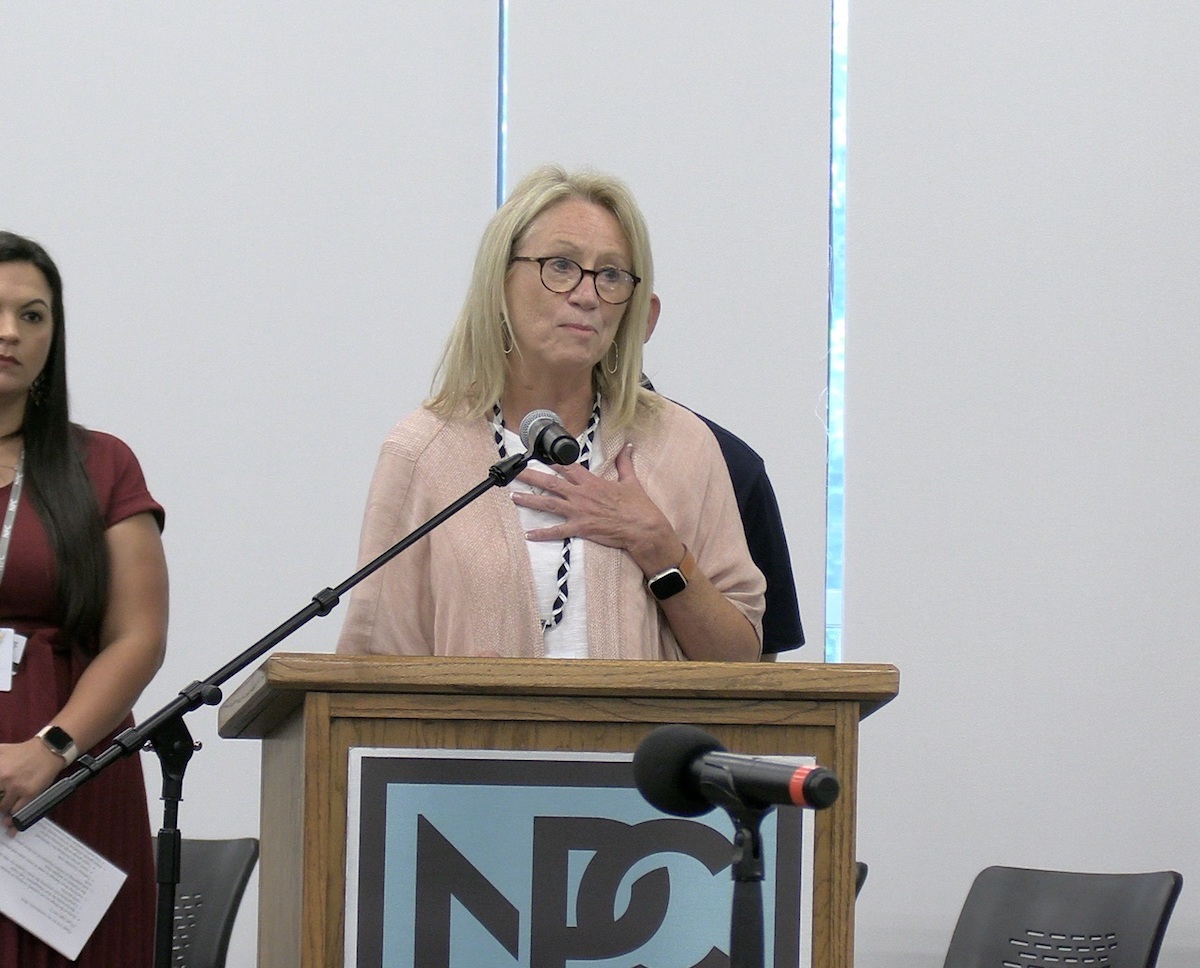 Susan Millard, a behavioral intervention specialist at National Park College and a Title IX coordinator, spoke about the mental health of students on campus. – Photo by Lance Porter from The Sentinel-Record