An 11-year-old boy is lying in a Belgrade hospital with a cough and fever. The doctors said he might have been exposed to tuberculosis, but he was more worried about something else they said. They feared that one of the patients there had tested positive for smallpox. It was 1972 and Yugoslavia experienced the last major outbreak of the dreaded disease in Europe.

It was this boy Janko Nikolic-Zugic, MD, PhD, who was never sure if he ever had tuberculosis—he was still being treated for it—or if the other patient really had smallpox. But experiencing an epidemic in his younger years sparked an interest in infectious diseases for Dr. Nikolic-Zugic, an internationally recognized immunologist and gerontologist at the University of Arizona Health Sciences.

“Infections have really shaped our civilization more than anything else,” said Dr. Nikolic, head of the University of Arizona College of Medicine-Tucson Department of Immunobiology and co-director of the Arizona Center on Aging. “Our relationship with microbes is still one of the most critical relationships we have in this world in many ways.”

A career built on fighting infection

Dr. Nikolic’s decision to pursue a career in health care was influenced by more than just his childhood illness—his father, grandfather, and grandmother were physicians. He followed in their footsteps, earning a medical degree and a PhD in immunology from the University of Belgrade. When he missed his mandatory military service from 1986 to 1987, he spent most of his time providing treatment to soldiers and their families. 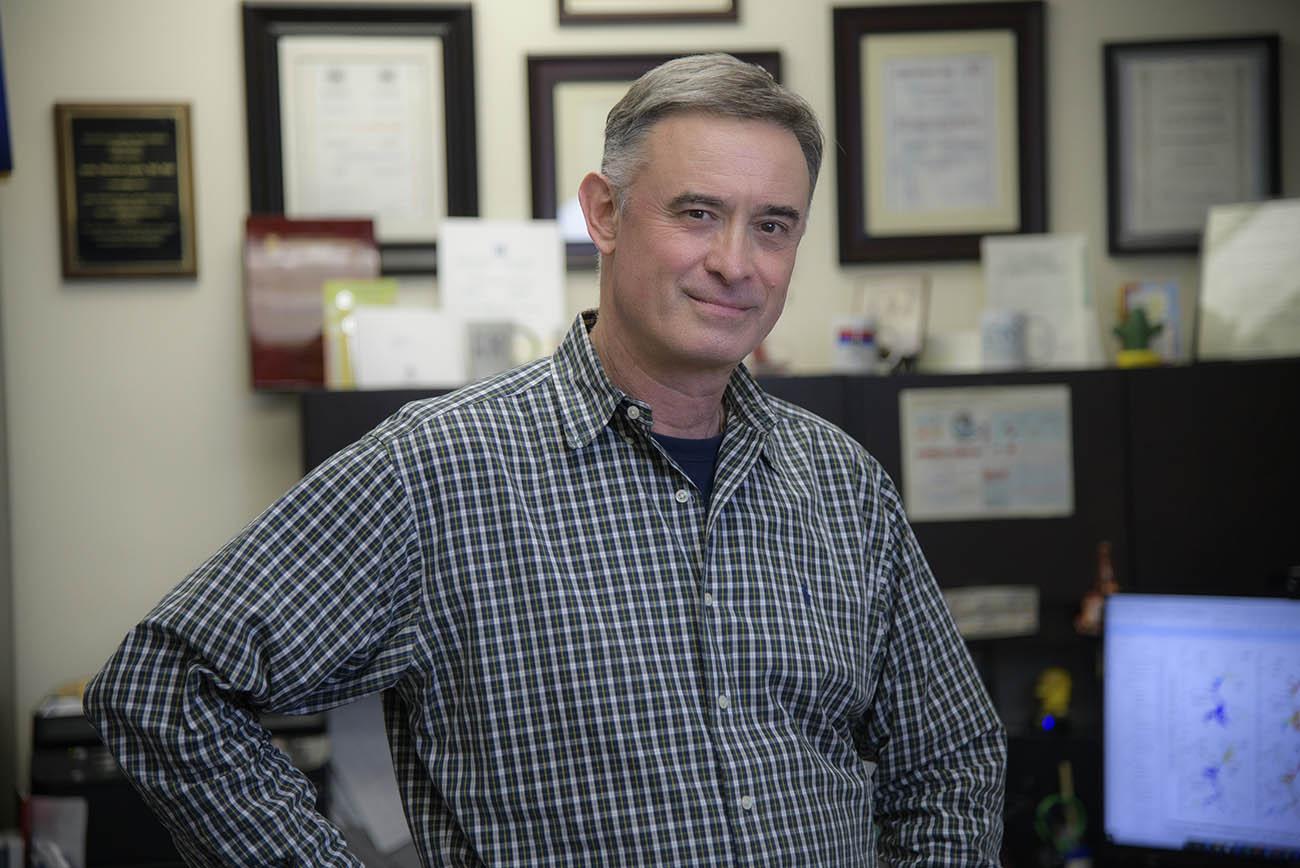 After Dr. Nikolic returned to a civilian career, he decided to emigrate to the United States, where opportunities for serious research abounded. He began as an assistant professor at the Sloan-Kettering Cancer Research Institute and in the Division of Molecular Medicine at Cornell University School of Medicine and rose to the role of senior scientist at the Vaccine and Gene Therapy Institute at Oregon Health and Science University.

In 2008, he joined the University of Arizona Health Sciences, where he continues to make discoveries and advances in the field of immunity and infection in the elderly. His research focuses on persistent viruses, including cytomegalovirus, a herpes virus that can remain latent in a person’s body cells before reactivating later in life.

“This process of awakening or reactivating the viruses can have a stronger impact on us or a weaker impact on us, depending on our age and condition,” said Dr. Nikolic.

A significant part of his career was devoted to the study of outbreaks of various viruses. He has studied various annual outbreaks of influenza and the mosquito-borne Chikungunya and West Nile viruses. The latter caused the largest recognized outbreak of arthropod-borne neuroinvasive viral disease in the Western Hemisphere in 2002. Around the same time, his lab prepared to study severe acute respiratory syndrome, or SARS, a viral respiratory disease caused by a coronavirus . Although it did not work with this particular coronavirus, the preparation was useful when SARS-CoV-2 emerged.

“Science forces you to do new things all the time,” he said. “Biology will always have surprises for you. The more you read about things from the past without even knowing it would be useful, that recall becomes really critical.

Dr. Nikolic’s decades of research on the immune system, infections, and aging made him uniquely equipped to take on major challenges when the COVID-19 pandemic began.

“Science forces you to do new things all the time. Biology will always have surprises for you.
Janko Nikolic-Zugic, MD, PhD

As the mysterious SARS-CoV-2 virus spread in early 2020, it cooperated with Deepta Bhattacharya, Ph.D, professor in the Department of Immunobiology and member of the BIO5 Institute, to create one of the most accurate antibody tests in the world. Accuracy is paramount when dealing with such a widespread virus.

“We needed something that would be much more than 99% accurate,” said Dr. Nikolic, who is also a member of the BIO5 Institute.

The test is so accurate because it recognizes antibodies created in response to two independent parts of the virus’ spike protein. It will only return a positive result if there are antibody signals for both components. Having a highly accurate antibody test gave the team more concrete evidence of past infections and provided more insight into how long antibody immunity might last. They were among the first to publish research on long-term immunity to COVID-19.

The pandemic hits close to home

Dr. Nikolic was in Serbia with his parents when the coronavirus began to march across Europe in March 2020. He doubts whether he wore a mask on the plane home, as no one knew how the virus spread. Less than a year later, he boarded a plane again—this time wearing a double mask—to visit his 97-year-old father, who had been diagnosed with COVID-19. 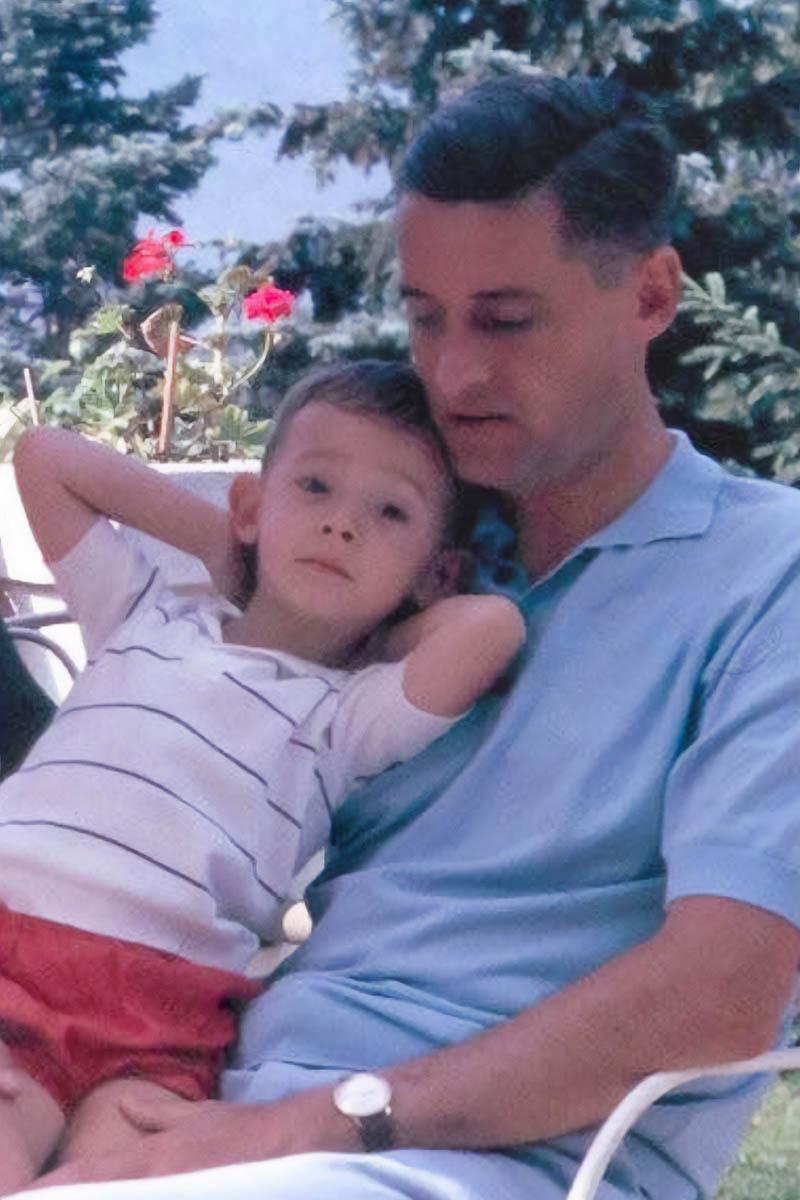 “He fought the virus well. He raised some pretty impressive antibody titers,” he said. “He never developed full respiratory distress, but his body couldn’t handle it. He just stopped eating.

“I was there to guide his care and make sure he was comfortable,” Dr. Nikolic said. “And that was a blessing.”

His mother, Mirjana Nikolic, died almost two years later. The effects of a previous infection with COVID-19 are likely a contributing factor. Dr. Nikolic said his passion for fighting COVID-19 was there before his parents died, but he shares the pain that millions of people have felt from losing a loved one during the pandemic.

“My lab studies immune decline in the elderly. When a virus like this comes out, we have to do some research and try to figure it out. One part of the data that people may not realize is that people over the age of 80 are dying from COVID-19 at a 270 times higher death rate than people between the ages of 18-39,” he said. “It’s not 270% more, it’s 270 times. This means that for every one person aged 18-39 who died, more than 270 people over the age of 80 died, and this is a staggering number.

Preparing for the future

Today, Dr. Nikolic continues to unravel the mysteries of the human immune response to COVID-19. Some of the research is being conducted through the National Institutes of Health’s Research on COVID to Enhance Recovery (RECOVER) initiative, which is studying ongoing COVID. Dr. Nikolic leads the Arizona Post-SARS-CoV-2 Cohort Consortium (AZP3C), a partnership of six institutions across the state supported by the RECOVER Clinical Sciences Core at NYU Langone Health. 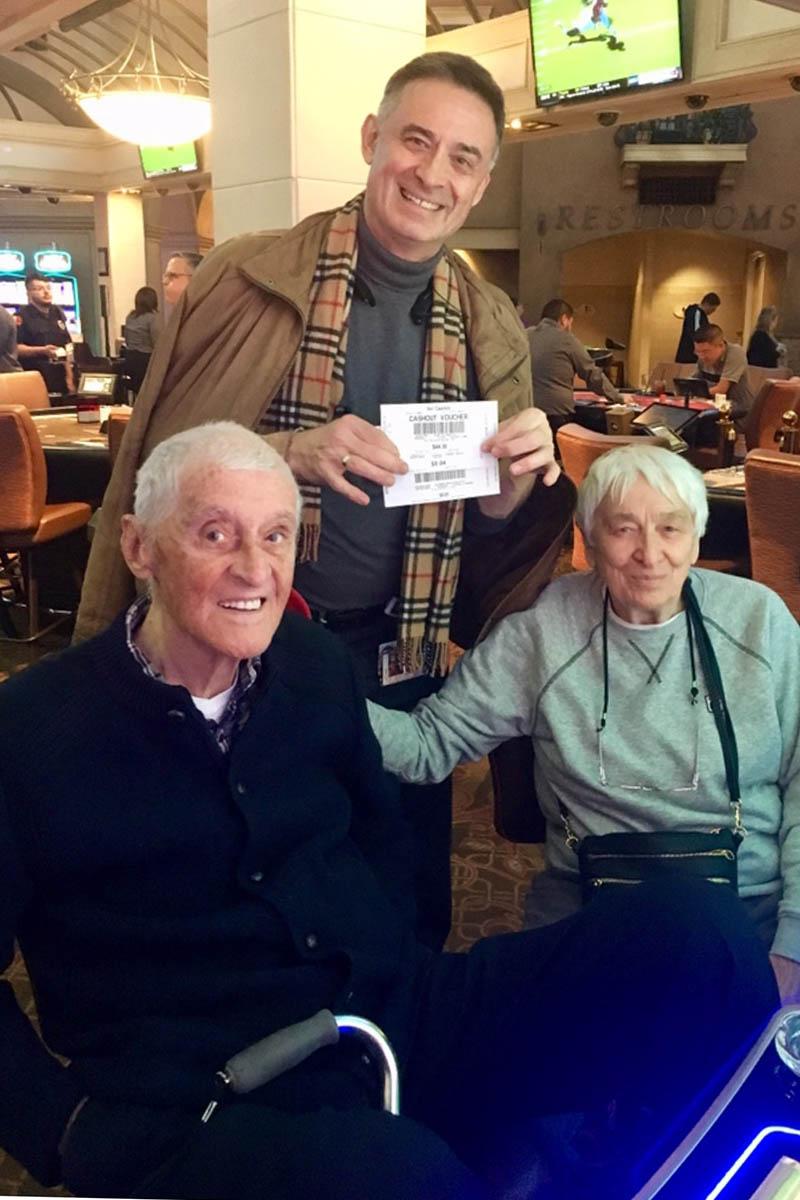 To study the long-term effects of COVID-19, the AZP3C team will recruit individuals who have experienced or are in the acute phase of COVID-19, including adults from vulnerable, older, and underserved groups, and members of different races and ethnicities.

Looking beyond COVID-19, Dr. Nikolic is bringing together a team of experts to propose solutions for the next pandemic as director of the Aegis Consortium, a UArizona health sciences initiative.

The focus of the Aegis Consortium is on prediction and preparedness, the acute and long-term consequences of pandemics on individuals and societies, and the use of built and natural environments for pandemic control. The three-pronged approach is designed to identify mechanisms and strategies to prevent new pandemics.

“We know a lot about the coronavirus and COVID-19, but there is more to learn,” said Dr. Nikolic. “Unfortunately, we also know that this won’t be the last pandemic we see. The Aegis Consortium brings together experts in research, technology and innovation to develop solutions that protect the world from future pandemics.”